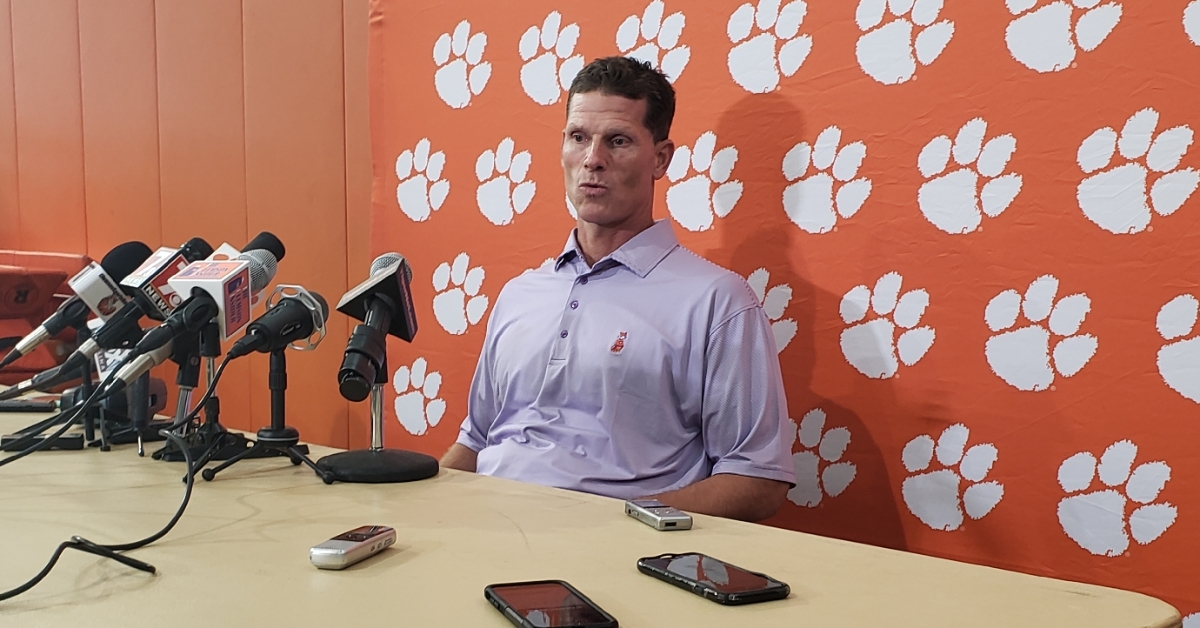 CLEMSON – Nothing compares to a big game week in Clemson.

Clemson linebacker Jamie Skalski made the trip to College Station last season, but it wasn’t one of the four games in which he played during his redshirt season.

“I was ready to play. I took some reps that week because I knew there was a chance I could get in the game,” Skalski said. “I was ready to go but they never called my number. It was really hard (to watch) because that is one of the best stadiums I’ve played in. That place is awesome.”

Skalski relishes the chance to play in a big game.

“This is going to be a big test for us. We are ready for the challenge,” he said. “This is what you come to places like this for. To play in games like this. To play at this level and on this stage. It’s very exciting and we can’t wait to get out there.”

*Offensive coordinator Jeff Scott said the matchup to watch Saturday might be Clemson’s tall receivers against A&M’s tall cornerbacks – Scott said the Aggies have five corners that are 6-2 or taller.

“Their defensive coordinator, Mike Elko, is one of the best in the business,” Scott said. “We played against him when he was at Wake Forest from 2014-16. After one game, they are No. 6 in the country in rush defense already. They are long and athletic and can run. They have had to replace a few guys in that front seven.

*Justyn Ross played one snap against Texas A&M last year, but Scott says that freshmen Joseph Ngata, Frank Ladson, and Brannon Spector are further along than Ross was at this time last season. One reason? They participated in spring practice and summer workouts and Ross didn’t show up until the summer.

However, Scott said he goes back and looks at the film and wonders, “What was I thinking? Justyn is a guy we were moving around a little, and sometimes as coaches, we try to protect our players. But Trevor (Lawrence) and Justyn really didn’t play in that game last year – Trevor played a few series – but now they are back and have experience. Last year, there was a comfort level as a coach where I wasn’t sure he was ready, but I am confident in these guys and putting them out there on that stage.”

*Defensive coordinator Brent Venables said he was pleased with the play of his defense against Tech. The Tigers used a lot of three-down looks (three linemen down, one standing up), and he said it was because the Yellow Jackets spread the field from sideline to sideline.

I asked him about the play of his defensive ends, and he said that four of the five (in the main rotation) received winning grades.

*Venables on Texas A&M quarterback Kellen Mond: “We won’t see anyone better than him all year.”