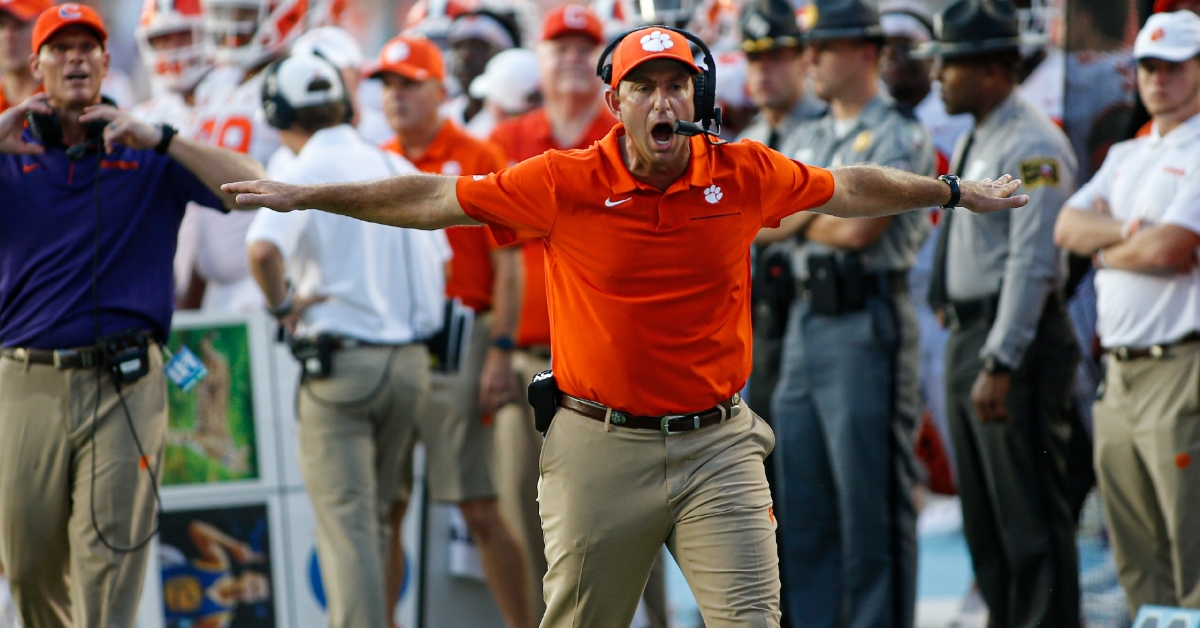 CHAPEL HILL, NC – Clemson linebacker James Skalski watched as North Carolina drove the ball down the field late in the fourth quarter, and he knew that if the Tar Heels punched it in for a late touchdown they would go for the two-point conversion and the win. There was no way he was staying off the field.

Skalski left the game twice on the last drive to deal with a stinger, but no amount of pain was going to keep him away from the action with the game on the line. After the Tar Heels scored the touchdown with 1:17 remaining that made it 21-20 Clemson, Skalski also knew someone had to make a play.

The Tar Heels ran right on the speed option but Skalski and company stopped the play short of the goal line and the Tigers held on for the one-point win.

“We were talking about the Notre Dame from four years ago in there,” Skalski said, pointing to the locker room. “I know Ben Boulware made the play then on the quarterback run, and it was actually the same call. What can I say without getting into trouble – kind of a Cover 2 look. We knew they were probably going to run the speed option and we had the right call.”

Skalski suffered a stinger in the fourth quarter and twice left the field to deal with the pain.

“I did, it was just a stinger,” he said. “But there was no way they were going to keep me off the field. We have two weeks to rest up and get ready for Florida State I was going to be on the field right there.”

The Tigers were taken to the brink 366 days ago by Syracuse and haven’t been tested in this fashion since that game, but Skalski sees a comparison between this version of the Tigers and last year’s team.

“I know after this game that people are going to say we aren’t worth a damn, and that’s ok. But look at what happened a year ago. It was the same kind of game and what did we do after that? People said we weren’t any good after that game and then after that we peaked and went 15-0 and won the National Championship. This team’s best football is ahead of it," said Skalski.

Safety K’Von Wallace said he was shocked the Heels went for the conversion.

Linebacker Isaiah Simmons gave the team a pep talk during the timeout.

"He was encouraging us and telling us to stay locked in," Wallace said. "He was telling us it was on us to make a play. That it was all on us, and we had to fight through the adversity and if we did that we would be walking home smiling."