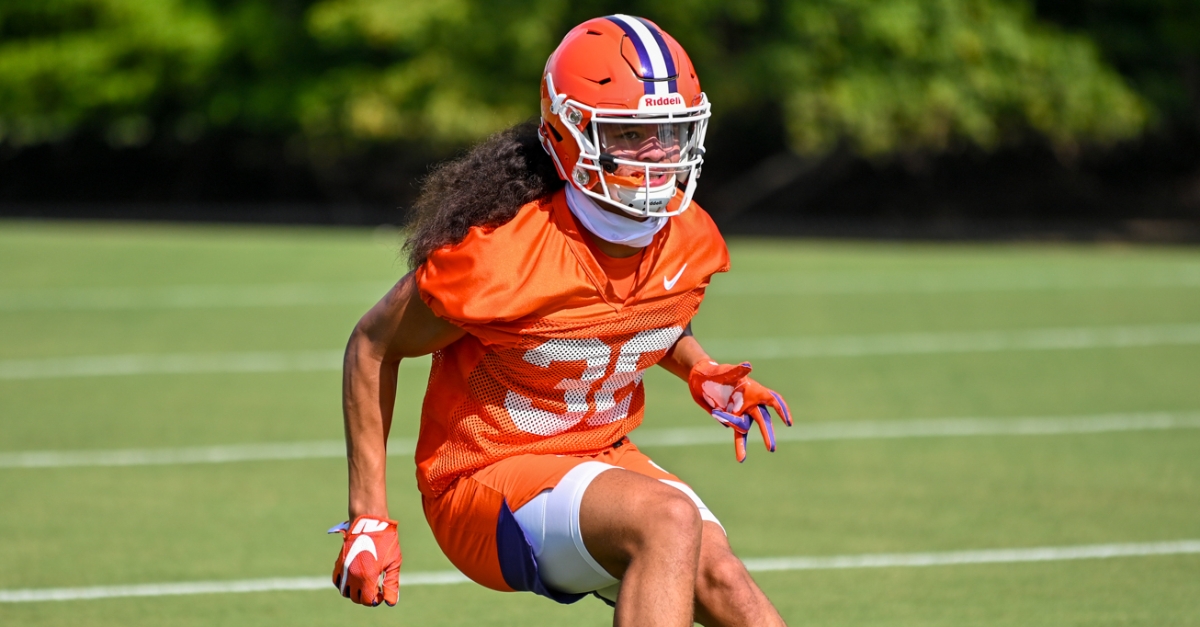 Zanders has been impressive early in fall camp. (Photo courtesy of CU Athletics)

Lannden Zanders has been a hot topic of conversation early in Clemson’s fall camp, and the rising sophomore safety says he’s playing better because he’s more comfortable with the playbook.

Zanders enters 2020 credited with 21 tackles (2.5 for loss), 2.0 sacks and a pass breakup in 112 defensive snaps over 14 games. The safety out of North Carolina is known not only for his long hair but also for his freakish athleticism.

“He is super smooth. He has great technique in all of his movements,” Turner said after practice. “He is also a humble guy, too. He has kind of sat back and watched and observed and taken his game to another level. He has learned the defense and one you learn the defense everything starts moving faster. He comes in with a lot of athleticism and once you learn the defense, and start picking up on the offensive keys, you can really make plays, and that is what he has done out here.”

Zanders says there is no comparison to last year.

“Just comparing myself last year to this year, there is a big difference. I am more confident,” he said. “It's the same for me and Joe (Joseph) Charleston and all the safeties. We know our plays, we know the system better and we are a big step ahead.

He is also not as nervous.

The Tigers have to replace three of the four starters in the secondary, but Zanders said fans shouldn’t expect a dropoff.

He has been impressed with what he has seen out of freshman Malcolm Greene and sophomore Andrew Booth.

“All of our young DBs - Fred (Davis) and Tyler (Venables) and Malcolm (Greene) and RJ (Mickens) - everybody. But Malcolm, he brings a lot of juice, kind of like K'Von (Wallace). Him and K'Von went to the same high school,” Zanders said. “Comparing those two, they are very similar. He has a lot of juice and he brings it to practice. I give it to Malcolm.

“Andrew has been the guy. He has been doing his thing. Comparing him last year to this year, his man coverage has gotten great. His attitude is off the charts right now. I think he is going to be great this year. With his knee (last year) he didn't feel 100 percent and you could tell it was getting to him. But now, you can see that difference and see that confidence when he plays.”