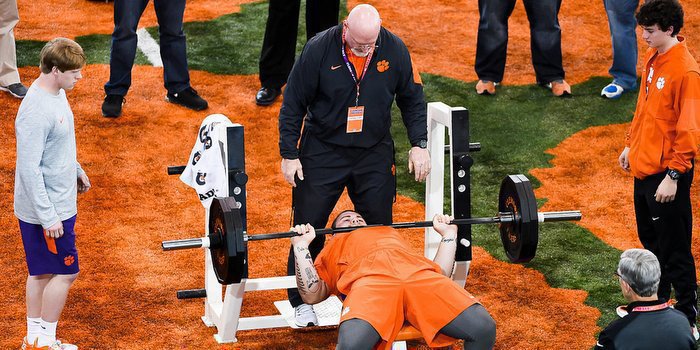 CLEMSON – Jay Guillermo has accomplished all he can as a Clemson Tiger, and now he just wants a chance to do the same in the NFL.

“I came in and wanted to do really well,” Guillermo told TigerNet after Clemson’s Pro Day. “On the 225 (bench press), I knocked out 33 and that was a big goal for me. I felt confident, felt good and felt like I moved well. I weighed in at 298 pounds, so a good weight. If anything, I can gain a little more weight. A lot of guys were impressed. They were impressed with the way I can move, the way I can sink my hips and my flexibility. I got some pretty good reviews.”

Guillermo said not being invited to the NFL Combine was a motivating factor in his performance – he wanted to show teams that he deserves an opportunity to earn a roster spot.

“A little bit. But you control what you can control. I control how hard I work and I take pride in how hard I work,” Guillermo said. “I was really happy with being able to come out and have a good day. It did play a little part in it. It did put a little chip on my shoulder. But I know I can't control it, and I came out here and did the best I can.” 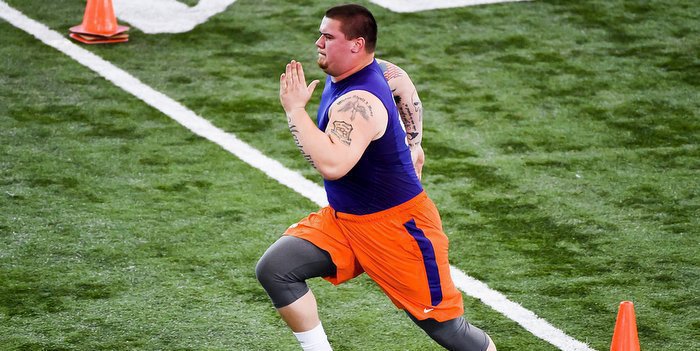 Not only did scouts come away impressed with Guillermo’s workout, he also had the opportunity to showcase his dynamic personality.

“I had guys coming up and talking to me, and some of them asked me to do impressions of Coach (Woody) McCorvey and Coach (Dabo) Swinney. They appreciate a good sense of humor, too,” he said.

Guillermo said he felt like his performance at Clemson’s Pro Day made some teams take a second look.

“It’s all about the process. You get done here and you move on to bigger and better things,” he said. “That’s the way it works. I definitely do. All I need is a chance. I have been working hard my whole life. My family, that is our motto. I think I opened some teams' eyes today and acquitted myself well.”

Next up for Guillermo is continuing to work toward Draft day.

“I have been in contact with a good number of teams. I think I have the ability to get drafted, but that is all up to them,” he said. “It's all up to the guys upstairs. It all just depends. But I think I deserve it. But no matter what happens, draft or free agency, I am going to do what I do. Tomorrow I will get back to work.”