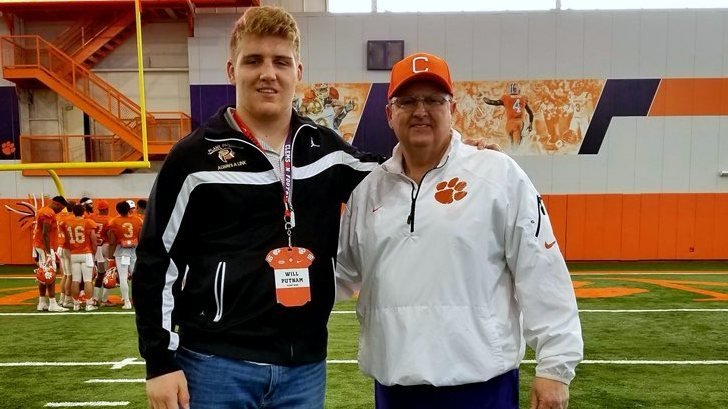 Four-star offensive lineman Will Putnam had three good schools to choose from, but when it came time to make his college decision he went with the slam dunk.

Putnam, the 2019 prospect out of Tampa (FL) Plant, narrowed his final three school choices to Florida St., Auburn, and Clemson. Putnam was rumored to lean in different directions over the last month, but when he made his announcement Thursday at his high school, Clemson came out on top.

It was not an easy process.

“It was difficult. It was very difficult. I actually did spend a lot of time in their household with the family and spent a lot of time with Will back in school and it was very difficult,” Plant head coach Robert Weiner told TigerNet. “When it came down to the three schools, I would say in the three weeks that led up to it, he probably told me he was a lean to or thinking about one of the schools in particular. At least at some time, all three of those held that spot. He had different things that he liked the best about each school.”

The Tigers – winners of four consecutive ACC titles – were the slam dunk choice.

“I think that's really where it came down to it. You know, he and I spoke a couple of times and then he went back and sat with his family and was really able to come up with Clemson,” Weiner said. “But I think at the end of the day, I think the biggest thing for Clemson was it was really hard to turn away from the slam dunk. He’s a guy who loves to compete and compete at the highest level and be around people who are like-minded like that. It’s tough to veer away from the slam dunk of something that, you know, that is that way right at that moment. That's why I mean I think it was a great fit for him.

“I've dealt with both Auburn and Florida State for a long time, too. I think he would have been a great fit for them as well. The only thing that's bad about the situation is there's going to be two groups to say no to. I said, other than that, no matter which name you call on that signing day, it's a great place.” 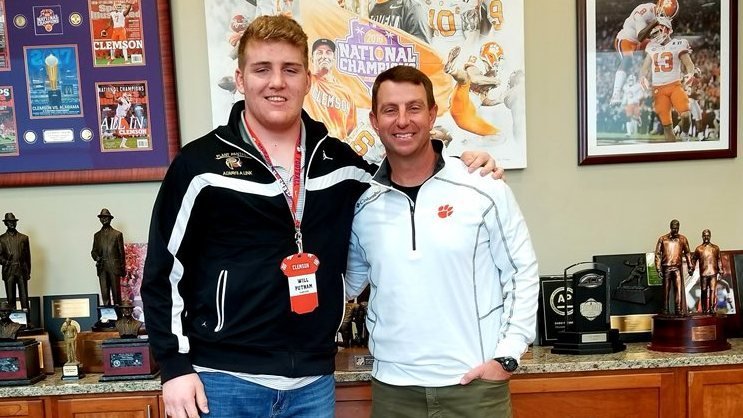 At what point did Putnam make his decision?

“He stopped taking phone calls for like four days leading up to the signing ceremony. And I think that was frustrating for a couple of the schools and maybe even for me because if they can't get ahold of him, they're going to get ahold of someone.,” Weiner said. “I was that guy, which is fine. I mean, that's part of what I do and if I can protect my kids for a couple of days for an opportunity for him I will do that. Just to think clearly.”

Weiner said Putnam knew everything he needed to know about each of the finalists.

“I cannot say that he was devoid of any information that he needed. I mean, this is a young man who has a father who's an Army colonel who's going to be a general one day and a mother who's very meticulous and caring,” Weiner said. “I do not think that there was one stone that they left unturned.

“They went to every place on an unofficial visit. They went to every place on an official visit. They had a home visit. They met with the head coaches. They met with the assistants. So it was a matter of down the stretch of having the whole family being on the same page. That was Will knowing what he wanted and his parents being able to – with their wisdom and care - being able to guide him in that selection as well.”

“A lot of times, when the school gets a player they're gonna look up his highlight film and stuff like that. And I do think his highlight film does show a lot of his personality,” Weiner said. “This is a meticulous guy who's both an amazing technician as an offensive lineman but is probably one of the best finishers that I've ever seen on the football field. He puts people on their back and then that really is just beginning of the pain that he's going to inflict on you. Once you go down you might think he’s done, but he’s not done until he says that he's done.”

“As a human being, here's a kid that is incredibly meticulous and focused on what it is that makes him good and makes them special. Will is everything that you could possibly want as a player for sure. And as a human being as well.”

One story stood out to Weiner,

“We took him to a camp this summer for children with muscular dystrophy. And he had one of the hardest tasks that there was, it was a camper who was a great kid but was a full need camper. He was a big kid that Will had to lift and carry from his wheelchair and fully help with feeding and showering and toileting and all of those things. And as you can imagine, Will was just an incredible counselor and really, really, really created a special bond with those camper.”