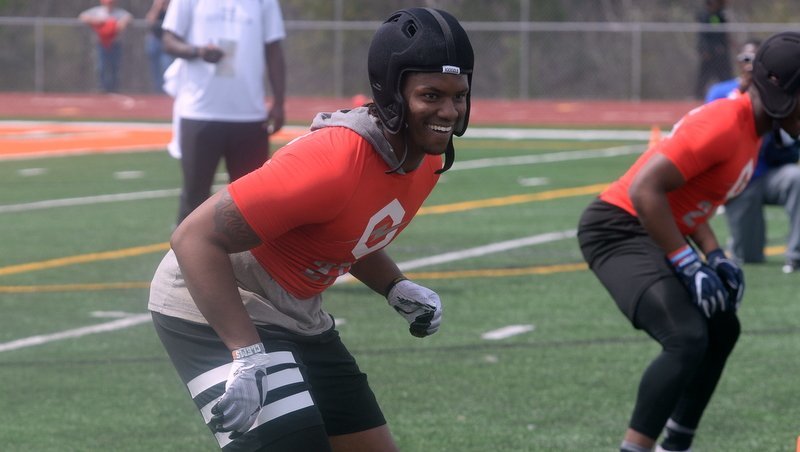 Kevin Swint and the rest of Clemson’s 2020 recruiting class are doing everything they can to make sure their class is the best ever.

The 4-star Carrollton (GA) linebacker – who committed to Clemson in January and is currently ranked as the No. 75 prospect in the ESPNJR 300 – participated in Nike’s The Opening Regional in Atlanta last week and told TigerNet he and the other Clemson commits are strengthening their bond and trying to recruit others into the brotherhood.

“I really am excited. I think we're going to have the best recruiting class to ever come through Clemson, but we've really have to put it together once we get there,” Swint told TigerNet. “I really don't think that will be a problem because the bond that we're building right now, we're really close, and it's like a brotherhood. We haven't known each other that long but since we've been in the group text, we've been getting to know each other every day.

“I would probably say I'm the closest Sergio (Allen) and Paul (Tchio). I talk to Sergio and Paul a lot. I talk to Walker (Parks) a lot. I'm really close to everybody, so that's just how it is.”

Since Swint has been committed, he’s taken on the role of recruiter, specifically when it comes to guys like quarterback D.J. Uiagalelei, defensive lineman Bryan Bresee and wide receiver Julian Fleming.

“We're recruiting as hard as we can. We try to get them every day and just kind of put a bug in their ear,” Swint said. “That's really all it is - talking to them and building a relationship with these other guys and not showing any fake love. Everything at Clemson is real, so you want to keep that same thing going on. D.J., Bryan, and Julian are guys that we're. We're trying to talk to D.J. every day. We're trying to get all of those guys up there with us.”

While many fans expect this weekend’s spring game to be huge in terms of commitments, Swint said he has his suspicions, but he’s still in wait and see mode.

“I hope so. From what I see right now, it's going to be really big for us, but until that day comes, we don't really know,” he said.

As for Swint, despite shutting his recruitment down, there’s one SEC school that continues to try to lure him away from Clemson.

However, he’s already looking forward to getting to Clemson and playing for defensive coordinator Brent Venables.

“Coach Venables is really juiced up about everything, so once you come in there you've got to be ready to work,” he said. “You're going to be ready to kill and go to war for him, so that's how it is Coach V.”