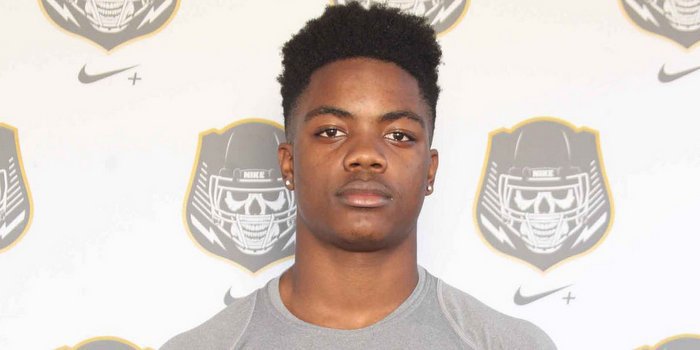 Jashaun Corbin spent four hours on Clemson’s campus Tuesday, and he hopes it pays off in a late spring offer from the Tigers.

Corbin is a 2018 4-star running back out of Melbourne (FL) Holy Trinity who has offers from Florida, Florida St., LSU, Michigan, Notre Dame, Oregon, and Tennessee among others. A Clemson offer is the one he wants, however, and he made the trip to Clemson’s campus as part of an extended trip with his coaches and teammates.

Many of those offers have come in the last month, and co-offensive coordinator and running backs coach Tony Elliott extended an invitation to Corbin for a visit.

“It went pretty good. I wanted to get a feel of the school and meet all of the coaches for the first time,” Corbin told TigerNet. “I hung out with Coach Elliott. I like him as a coach. He's straightforward, and he really preaches about family. Everybody is a family.”

Corbin and the rest of the staff and players from Melbourne arrived on campus and had lunch with the staff and players before touring the new facilities and getting a look at the academic side of Clemson. Corbin said he also met with wide receiver Ray-Ray McCloud before getting down to the business of a possible offer.

“I did get a chance to talk with Coach Elliott about an offer,” Corbin said. “He's only assigned one running back in the 2018 class, so he's only going to offer probably three to four guys. “He said once he comes down in the spring and sees me at spring practice he might have an offer.”

Corbin said there were several highlights of the visit.

“We toured everything and the campus - the academics and athletics side,” Corbin said. “I met some of the players and went to the indoor facility. What really stood out were the facilities. They are really top notch. I like the set-up it had. I also really liked the bowling alley.”

Corbin also has plans to come back to campus over the summer, possibly for head coach Dabo Swinney’s high school camp in early June. However, he has to finish his long bus trip first.

“I'm probably gonna make another trip in the summer,” he said. “We're headed to South Carolina, Tennessee, Auburn and Georgia Tech. It's tiring, but it's worth it. We'll be back on Thursday, so two schools a day until then.”