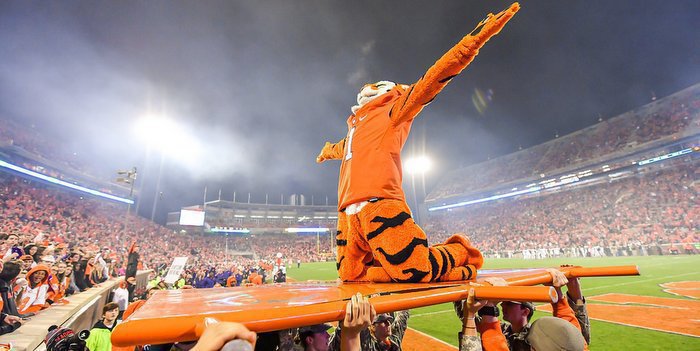 Death Valley at night is magic (Photo by Mark McInnis)

A conversation with someone who follows a school that is also within the confines of the Palmetto State started with that person telling me that, “Clemson is a football school.”

He said it like it’s a bad thing, and I really don’t quite understand when fans say things like that. This is the South, where college football is king and every other sport plays second fiddle, whether that is fair or not. I tried to get him to explain it to me, and he was implying that Clemson is good at just one sport, and only cares about one sport.

The men’s soccer team played in the national championship a season ago and were clipped in the Elite Eight this past season. Men’s and women’s golf are on the upswing, track is and always has been successful, and women’s tennis made it to the championship round in singles this past year, while women’s soccer made it to the Sweet 16. I could go on.

The Capital One Cup is used as a standard of measuring success in all sports programs, and Clemson sits third in the men’s standings, just behind Stanford and North Carolina. And guess what? Women’s softball is on the way. Clemson’s athletic programs are healthy, even if Clemson is looking for volleyball to rebound, men’s basketball to make it back to the NCAA’s and women’s basketball to make the same kind of jump next season it did this past season.

That doesn’t even count baseball, where Clemson sits in the top five nationally, is in line to host a regional and a national seed when the NCAA Tournament field is announced. For anyone that wants to call Clemson a football school, and mean it in a derogatory manner, there are your answers. 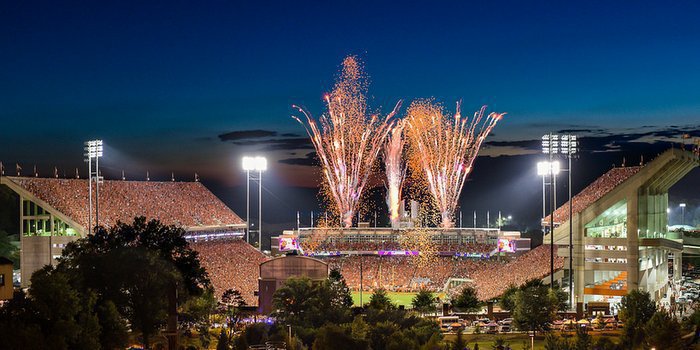 Death Valley at night is magic (Photo by Mark McInnis)"

But…….Clemson is a football school. And, in case you haven’t noticed, the good old United States of America is a football nation. Sports fans in this country live for fall, whether it’s following the NFL in places like Denver, Boston and New York, college football in college towns like Tuscaloosa, Clemson and Auburn, or high school football Friday nights in lonely outposts that dot the map.

Isn't your school a football school? I’m sorry if it isn't because being on the campus (if your games are on your campus) of a football school on a college football Saturday is a magical place to be. You can support and love the school’s other sports – I love college baseball myself – but it’s football that drives our passions.

The other sports have fan support and great game atmospheres, but college football is the only sport where fans show up at 8 a.m. on a Saturday morning for a 7 p.m. kickoff. You love it, and with good reason.

Once September turns to October, fans arrive on campus by car, SUV, truck or RV and marvel in the sights and sounds that are college football. At a place like Clemson, the grills are going full flame, generators power televisions scattered throughout all of the tailgating lots, and you visit with friends and football families, the same people you’ve tailgated next to for years. Your kids have grown up together, you’ve watched each other grow old, and you’ve celebrated the successes and failures of our team in the nightly glow of thousands of headlights leaving the grounds.

You leave your tailgate and stroll towards the stadium, watching the wind blow colored leaves in and out of your path, and you feel the warmth of a sun-splashed autumn afternoon fade into the crispness of a fall night. The lights in the stadium take effect, and the magic happens as Death Valley transforms into the third-largest city in the state of South Carolina, the lights creating an orange glow, the noise of the crowd heard all over campus. Of course, you can’t be a true football school without some kind of winning tradition, and head coach Dabo Swinney is in the process of making sure his program cements itself as one of the nation’s elite.

When Hunter Renfrow cradled the football in his arms last January and fell to the Raymond James Stadium turf, a school that was embraced by an entire nation reveled in David beating Goliath. It’s pageantry, it’s emotion, and it’s tears as the confetti floated from the sky. 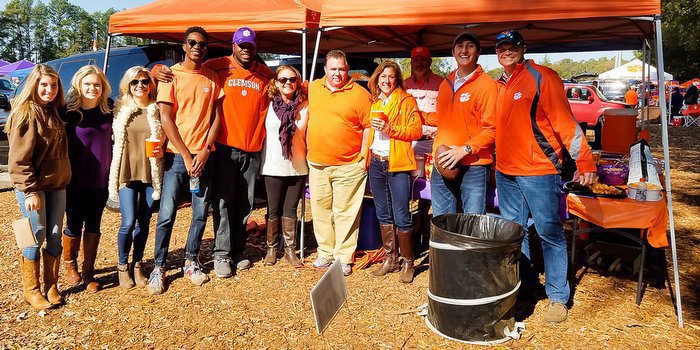 You create football families at your tailgates

The spring days are getting longer, and the warm days will soon give way to summer’s heat. The trees that give us their glorious color in the fall are blanketed in green, but football is neither a distant memory or too far in the future. Renfrow’s catch and Dexter Lawrence’s athletic grace are always right there in front of us, and glorious Saturdays spent watching what has become our national pastime are never far away from our thoughts.

Around here, it’s Forever Fall. And that’s a good thing. If your school isn't a football school, I am sorry for you. But you have options - I hear the fish are biting, and there are horses to ride.