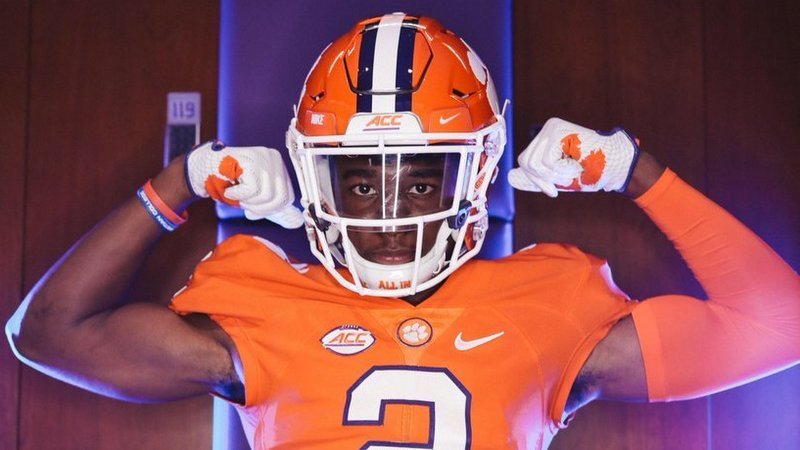 Davis flexes on his Clemson visit in January

Fred Davis is one of the most heavily recruited prospects in the country for his position, but one school is starting to stand out.

Davis is a 2020 5-star cornerback out of Jacksonville (FL) Trinity Christian Academy who boasts offers from all of the nation’s top programs, including Clemson, Alabama, Notre Dame, Georgia, Ohio St., Oklahoma, Penn St., and Texas.

Clemson and South Carolina were among his early offers and most of the major schools across the country quickly followed suit. He visited South Carolina in September and Clemson for a junior day January 26th. As of now, the Tigers are trending in the right direction and Davis plans a trip to the Clemson campus for Clemson’s annual Orange-White Game on April 6.

"They are just like a family environment," Davis said of Clemson. "Two defensive backs left and possibly one is going to leave next year. Basically, I can fit in their scheme real well. Coach (Brent) Venables is great at what he does and I think he can help me. The scheme of the defense fits me. They run a really complete package."

And that brings into question if Davis is thinking of doing something with Clemson at the spring game, though he said he has no favorites right now

"You know, it's very possible. We'll have to see."

Last season Davis said he had three interceptions with 12 pass break ups and over 60 tackles.