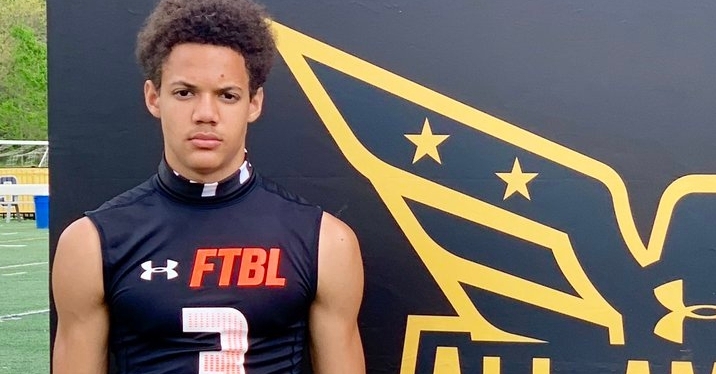 Barnes visited Clemson in the spring

Editor’s note: Barnes announced a commitment to Notre Dame a few hours after the story posted.

Despite four solid commitments in the last five weeks, Clemson’s coaching staff still has a little work to do in the 2021 recruiting class, and that includes the defensive secondary. Ryan Barnes is high on the list.

Barnes keeps in regular contact with the Clemson coaches.

“It’s mostly (talking with) Coach (Mike) Reed, Coach Miguel (Chavis) as well sometimes. It’s mostly text and calls,” Barnes said. “We’ve been to campus, so I know the campus environment and the way that they run things is very family oriented, which is something my parents like. They know I’ll be taken care of on and off the field, and I know I’ll be developed on and off the field there. Just continuing to build that relationship with them and just being able to have that bond. That’s kind of what we’re doing with them.”

Barnes visited Clemson in the spring. 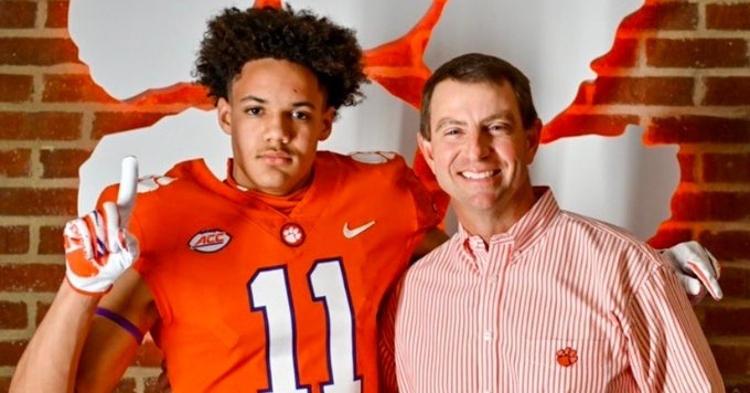 Barnes visited Clemson in the spring"

“The visit was amazing,” he said. “I enjoyed spending time on campus and getting to know the coaches in person and building relationships with them. Coach Swinney is a great guy. He is fun to be around and is an amazing coach and motivator. Coach Venables was cool, too. I spent most of my time with Coach (Miguel) Chavis, Coach (DeAndre) McDaniel, Coach (Xavier) Brewer, and Coach Reed.

“They all told me what a great place Clemson is, athletically and academically. They also talked about my film and how Clemson is a great fit for me. They are great people who have a plan for the program. I thought the facilities were amazing. They had a great athlete recovery system and the buildings that I saw were all outstanding.”

Barnes is interested in Marine Biology, Criminology, or Psychology as a major. Barnes has the size and speed to stand out on the field, but what else will a coaching staff be getting when he decides on a school?

“They will get a hard-working and smart athlete who will do whatever it takes to be the best on and off the field,” he said. “I work hard, I’m focused, and I’m coachable.”

As for moving ahead with his decision-making process, Barnes is going to work off the list of his final 15 until he finally gets down to the one he wants.

“Just making the decision that’s best for me is kind of where we’re at with everything,” Barnes said. “We just narrowed down the list and we’re talking to a lot of the schools, just trying to figure out the best place for me. I’m probably just going to work off those 15, and sometime in the near future try to make that decision. The goal was always to do it before the season, it is just kind of when we get that feeling. I’m trying to work toward that feeling, try to find somewhere that I can get that feeling that I know is a home. We’re praying and hoping that one day we do feel that way about a school coming up soon. When we do, we’ll sit down, and once we feel it’s the right option for me, we’ll pull that trigger.”

Barnes said he will sign early, and he will graduate early and enroll in January. As for a position, he can play all five in the secondary and said the school he chooses will settle on a spot once he is there. Barnes is considered a corner in the 247Sports Composite and is rated a 3-star with a national ranking of 43 and a Maryland ranking of 19.

I want to Thank All of the Coaches that have believed in my potential & offered me opportunities to play football on the next level. Although My Recruitment is Still Open, I will be Focusing on these 15 schools at the moment... #ClearEyeView #Blessed #Honored @QO_FOOTBALL pic.twitter.com/MmLOnUtiDk