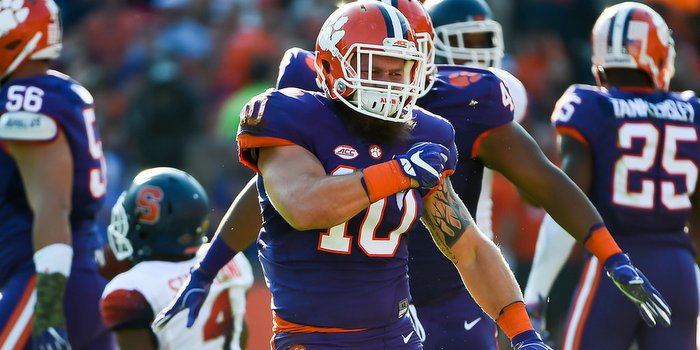 CLEMSON – Senior Day is a time to celebrate the careers of the players who have put in the necessary time and work to be honored at the end of the season, and each one brings its own special memories.

In high school, you sign yearbooks and write about the memories and promise to keep in touch. It’s a little different when it’s college and you’re playing what might be the nation’s most popular sport, but TigerNet took the time to speak with head coach Dabo Swinney after Wednesday’s practice about the seniors who are down to their final games in a Clemson uniform.

Swinney was, as he always is, honest and open and candid in what amounts to a digital yearbook signing. We didn’t get to hit on every senior – he ran out of time before heading out – but we hit on some ones we think you’ll enjoy. We'll get his thoughts on the rest of the senior class over the next couple of weeks.

“They've been amazing. They came here when this place was in a really good spot and they have just taken that foundation and built on top of it and are leaving an unbelievable legacy. The run that these guys have been on is just incredible. This team has been so easy to coach - no drama, no issues, just an easy group. I go all the way back to the spring in how they managed the team from an accountability standpoint. It's been all year long. I can't tell you how much fun they've been to be around and I'm going to miss them. This is the time of year I start messing with them a little bit, talking about, 'Y'all are going to miss me this time next year. It's our last Thanksgiving together. You'll be in Green Bay next year at this time.'

“I always start messing with them and we have a little bit of fun. It's a little sad, too. I challenge our coaches on that because we're only going to have them for a short amount of time. We don't have them much longer. They're going to remember how we impacted them. They're going to remember the influence we had on their lives, especially as they get older and mature and look back on their time here. We just have to make sure that we take advantage of our opportunity as coaches to make sure that we finish. We're asking them to finish, but we have to finish what we've worked so hard to develop in them as young men and great men.” 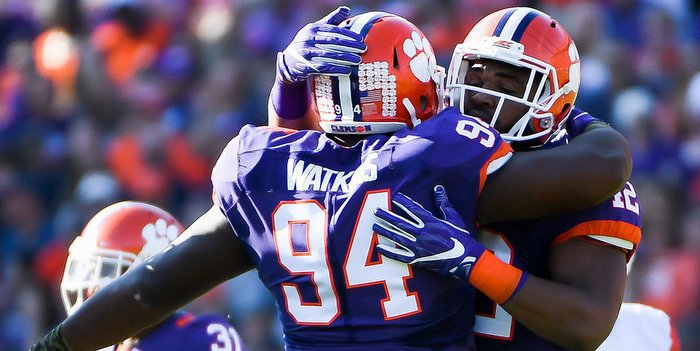 “Ben Boulware? I can write a book on Ben Boulware. I like seeing him and Brent (Venables) yell at each other every day and then they'll walk off the field. They have a very dysfunctional relationship like that. It's awesome. Probably one of my greatest memories is from this year, going to the ACC meetings and I get on the plane and he's got knickers on. It was a bad look. I took some pictures and sent them to Brent and said, 'This is what your player is wearing here.' You never know what he's going to say. He always keeps it fun and light. Challenges everybody. Likes to practice. He's just been a blast. He's everything you could possibly want in a football player and a leader and soon to be a graduate of Clemson.”

“My greatest memory with those two is just the transformation that has taken place in both of them as people from where they were as freshmen. Jadar was very immature - not in a bad way - but wasn't quite ready to leave home. He almost went back home, as a matter of fact. I remember talking to his mom and being like, 'Look, y'all can't let him come home. Leave his butt right here. He's got to grow up.' He wasn't a very confident guy when he got here and watching him now - this is a grown man. Jadar is fixing to be a graduate, as well. He's a grown man that has become a great leader. He was very quiet and kind of introverted and now he's one of the best leaders that we've had.

“Same thing with Carlos. He was a big, old teddy bear when he got here and just happy go lucky, what's going on today - a little bit like Huggy Bear (Albert Huggins). He's just grown into a great football player. We had some ups and downs with him in getting him to buy into a holistic approach of our program. He's a great leader, committed, fixing to be a graduate. I am so proud of him. The fact that he made the decision to come back, he really needed it, and how he put the work in this spring and summer and how much fun I've seen him have. There were some times that he wasn't having much fun. It was hard on him and the commitment and to see him having as much fun and being the leader and seeing him have success is just awesome. I'm really happy for him and his family. I'm going to miss all of those guys.”

“Teasdall, obviously, the fake punt in the Orange Bowl is something we'll never forget. We'll probably never forget the non-fake punt in the ACC Championship, either. We'll be linked forever on that. I love old Andy. He came through our tryout program and didn't have a lot of confidence early but kept working and kept grinding. He's a heck of an athlete. He put all of this work in to give himself a chance. His dream was to play at Clemson and to watch him achieve his dream is pretty special for me to watch him do that and then earn a scholarship. The type of leader he's become this year and what he's done in the community, he's been very active in doing some things from a service standpoint. He's a special person.”

“Oh Lord, Guillermo. However long I coach and I don't know how long it will be but he'll be the poster child to not give up on a guy and a reminder that sometimes for young people, life happens. There's a lot going on - expectations, pressure, school, grades, just stuff - and sometimes they just lose their way. I'll never forget Jay Guillermo walking in my office after that bowl game and he was a lost kid, broken. All of a sudden the kid who loved football and loved life and loved school, he hated life, he hated football and he hated school and he wanted to just check out. I had never seen that before. To see him now is inspiring to me. He'll always be a great inspiration to me. 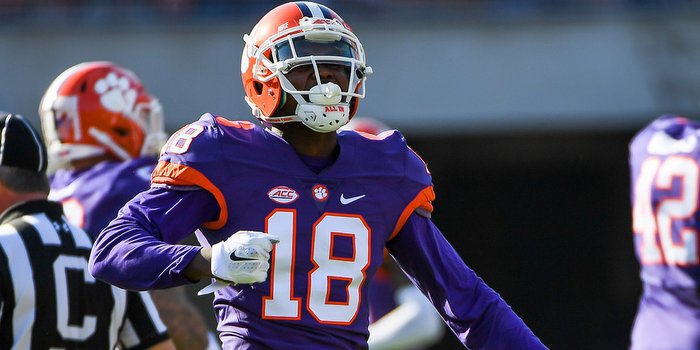 “He'll always be a great reminder to me of why you've got to have a great infrastructure in your program because you can't just be football coaches. There's so much more than just the football part. It's a lot of life that goes on in these college kids' lives. It's the same thing for the kid living over in the Shoeboxes that's never made a B in his life and now all of a sudden he's made a B. There's a lot of things - relationships and all kind of stuff that can pile up. Jay will always be an inspiration to me. I'm so proud of him and his family and Clemson and how everybody supported him through a very difficult time and the leader that he grew into and the man that he's become.

“He has impacted other peoples' lives through his experience. I've got a lot of great ones on Guillermo. You talk about a baby when he got here. This was a a puppy dog. He was like 17 and he came midyear. He was a young youngin' and had a lot of growing up to do. To see him into the fifth year and to know what type of person he is, just that whole transformation, that's why you do it.”

“We've won some games and that's great. We've had fun doing that and we'll get together 10 or 20 years from now, Lord willing, and we'll all celebrate and laugh and talk about some of the things that we were able to accomplish. To me, the best part of this job and why I got into coaching is to not just win but to impact player's lives through what we do and help build men. We want to win but make sure that we're making a positive impact by how we do it.”