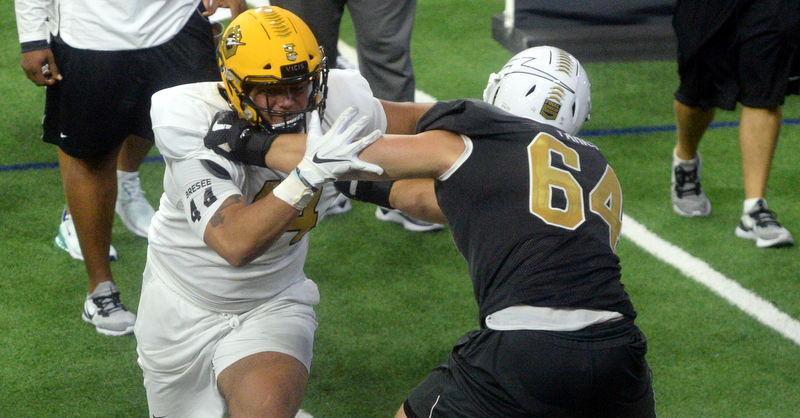 Five-star defensive lineman Bryan Bresee looked up from the playing surface of The Star last week in Frisco, Texas, and spotted his parents standing on the balcony. Bresee broke into his trademark smile and flashed a thumbs up to Rich and Meghan Bresee, then turned and dazzled two of his future Clemson teammates with that same smile. Forty seconds later, helmet in place, Bresee went from Mr. Nice Guy to Mr. Tough Guy, tossing a poor offensive lineman to the side like the proverbial rag doll.

Welcome to the competitive world of Bresee, who grew up in a competitive household in Maryland with Rich and Meghan and sisters Bailey, Kendall, and Ella. Bailey is the oldest, followed by Kendall, Bryan, and the baby of the group in Ella.

Rich has seen it all with his family, where everything from a race to see who gets the best seat in the car to who gets to the bathroom first turns into a competitive struggle.

Bryan took his share of defeats when he was younger, but he checked into Frisco at 6-5, 294-pounds and doesn’t lose many battles.

“It's mellowed down a little bit now that Bryan has gotten so much bigger and stronger than everybody,” Rich said. “But not that long ago, we were down at a family reunion in New Jersey playing pickup basketball on an asphalt court. So Kendall (the middle daughter) decided she was tired of Bryan being able to get to the rim with ease, and she decided to take a charge on a block downcourt in 100-degree weather in New Jersey.”

“That didn't end very well, but she was happy he didn't get to the basket,” Rich says with a laugh. “We actually had to make Bryan leave the court. But it's all good. They love and push each other.”

“I think with him it was not so much the competition at home but the competitive sports growing up whether it was football or basketball or baseball,” Rich said. “We tell this story all the time - we have good friends whose boys are triplets. They are all heading off to college but they have grown up with Bryan and one of their sons is Bryan's really good friend. They used to walk to the school bus and then run to get in front of each other.