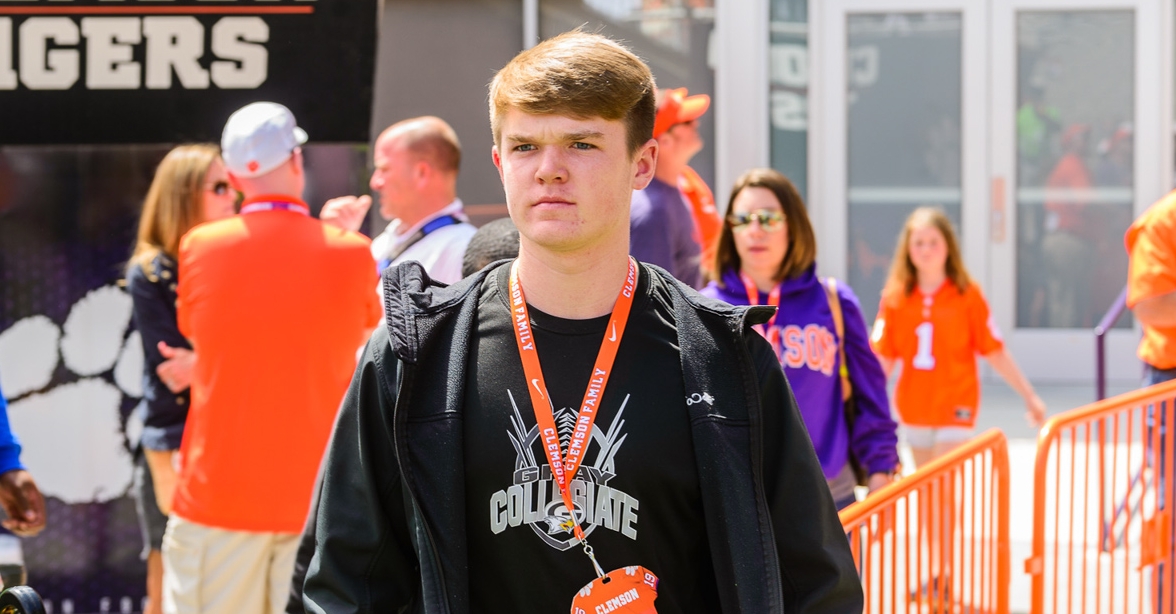 Helms threw for over 9,000 yards in high school.

Like many children who grew up in South Carolina, Hunter Helms has dreamed of one day suiting up for Clemson since he was in diapers and Wednesday he became one step closer to realizing that dream.

The Columbia (SC) Gray Academy quarterback accepted a preferred walk-on offer from the Tigers and signed his National Letter of Intent during a ceremony at his school Wednesday morning.

Helms – the 6-2, 205-pound 3-star prospect – told TigerNet he knew Clemson was the place for him long before his official visit last month.

“To be quite honest, every visit that I've taken in the last two or three years, I've always said this is the way,” Helms told TigerNet. “I've wanted to be there since I was crawling. When we went on the official visit, everything was first class and breathtaking. My parents loved it. It's just definitely the place for me. We just prayed about it. I feel like I would regret it if I didn't take the opportunity.”

The opportunity to grow on and off the field with the Clemson program was simply too good to pass up.

“Clemson has just always been my dream school,” Helms said. “I've always wanted to compete at the highest level and being around that culture for four years or however long I'm there. It's just going to make me better not only as a player but as a person. Just being with the type of coaches of that are up there, it's going to be incredible.”

Helms' parents are just as excited as he is about the opportunity.

“I think about it every day. We're all excited,” he said. “My mom and dad, they were just speechless when we got in the car to leave the other weekend. Ever since then, we just keep talking about it and we always get big smiles on our faces. Every time we talk about it, we are just so excited.”

The scholarship situation will work itself out, so Helms said his only focus is working as hard as possible.

“There's always an opportunity to grow and do better things and be offered a scholarship, but as of right now, we all know that it's a preferred walk-on and I'm 100-percent okay with that,” he said. “I'm just going to come in and help the team in any way possible, that's what I'm going to do. I'm going to go in and have my head down and work as hard as I possibly can.”

In his career, Helms has accounted for 9,326 passing yards and 89 passing touchdowns with only 18 interceptions.

He held FBS scholarship offers from USF, Troy and Liberty.

Hunter Helns is headed to #Clemson!

This has been a dream come true for @HH_7251, whos always cheered for the Tigers. #NSD2020 | @wachfox pic.twitter.com/FgzrngIk3q

, @HH_7251 explains why #Clemson was best fit for him pic.twitter.com/ryiF9dbVWC

Extremely BLESSED, proud, and excited to say I’m 110% ALL IN! #ALLIN #QB5 pic.twitter.com/F4V3U1hwmE