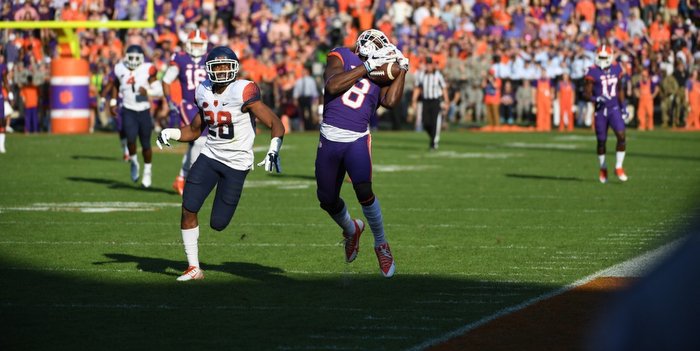 CLEMSON – As it turns out, Clemson’s offense is doing just fine.

There have been too many drops, too many turnovers and too many empty possessions in the red zone for a team that has designs on the College Football Playoff. But the key word in the second graph is “seemingly.”

The truth is that Clemson’s offensive numbers are eerily similar to the first nine games of 2015, and like last year, the offense is poised to do its best work as the “championship phase” of the season approaches.

“If we would've taken care of the ball on a few different occasions then I might feel a little different,” Elliott said in the WestZone. “The biggest thing is just having the guys focus on what we can control. Week in and week out, just getting back to our formula for success where we treat Monday as Monday and Tuesday as Tuesday. I'm not a big numbers guy but sometimes you do have to stick your head up and say, 'Okay, we're not far off from last year.' I think with what we had coming back there were great expectations on what we could do offensively, but I think defenses spent a good amount of time in the off-season preparing for us. We've had some more challenges this year from the defenses that we've played.” 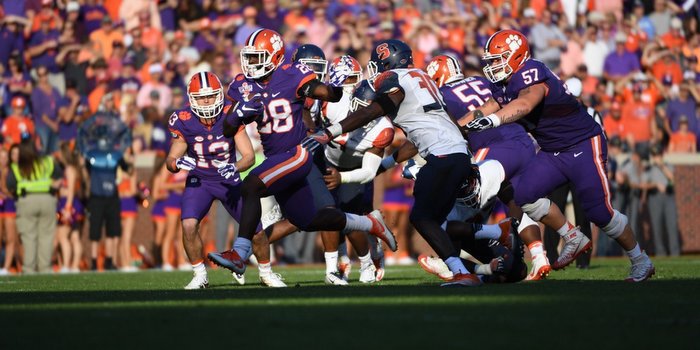 One big difference is that Clemson’s offense hasn’t rushed the ball as effectively this season as in 2015. But, the passing numbers are better.

As far as rushing for Gallman and Watson:

Elliott said he feels like the offense took a major step forward Saturday and is hitting its stride at the right time.

“The biggest focus for us - we tell the guys, and Coach Swinney has been preaching since he started this program - is people remember what you do in November, and we want to peak at the right time” Elliott sad. “We're really challenging our guys to play championship football going down the stretch. We had an opportunity coming out of the open week to see if we could get ahead in the turnover margin. We had two turnovers down at Florida State, and we were able to take care of the ball (against Syracuse). Now, we're just focusing on taking care of the football and playing our best football as we get into the month of November.”

Opposing defensive coordinators have schemed to take away the run this season, and the Tigers haven’t hit on enough big plays to loosen up the defense. However, Watson hit Deon Cain on a 65-yard touchdown Saturday that Elliott hopes will open some running lanes. If it doesn’t, the Tigers will continue to live through the air.

“You know, I would hope so. We are getting ready to play a defensive structure that puts a lot of pressure on you, and those are the kinds of plays you have to make to beat them, Elliott said. “When you watch Pitt, you see they have a lot of confidence in their corners and have seven, eight or nine guys in the box to stop the run. At the same time, as you get into championship football people will do what they want to do. We have to figure out what they want to take away and how we can take advantage of that.”