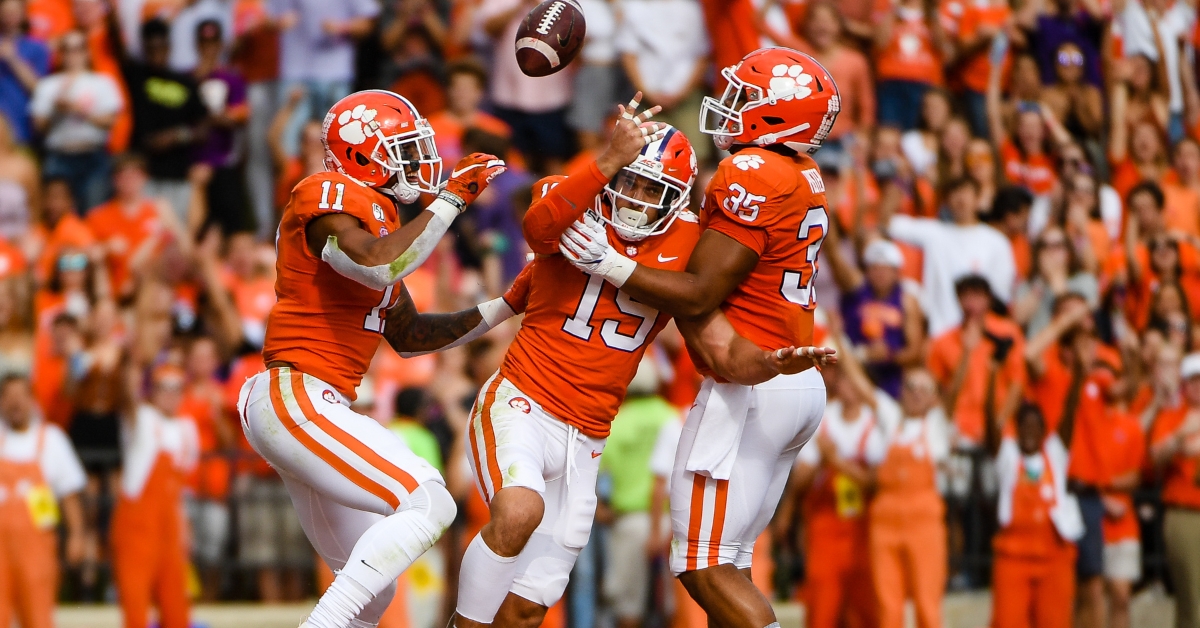 Tanner Muse and the Clemson defense have played well this season.

CLEMSON – The 1972 Miami Dolphins put together the NFL’s only undefeated season that year with an offense full of big names and the league’s best defense. The defense didn’t garner as much attention as the offense, and soon had a nickname – The No-Name Defense.

Clemson’s defense is beginning to feel much the same way.

Brent Venables’ unit is ranked fourth nationally in total defense and sixth in scoring defense, but the offense gets most of the attention (and blame).

Senior safety Tanner Muse says it’s time for the nation – media and fans alike – to realize what the Tigers have on the defensive side of the ball.

The defense is ranked No. 13 nationally with 16 forced turnovers, and Muse said that is because someone is always around the football.

“When you watch our guys, there is always more than one hat around the ball,” he said. “When you get that, that is opportunistic and then you get a lot of tips and picks. The d-line has done a great job of that this season, just getting their hands up for the quick game and stuff like that. I think we've done a great job of just being around the ball. It just pays off. Effort is what it comes down to.”

Is the defense out to prove people wrong?

When it comes down to picking how a certain defense stacks up to prior units, Muse said only the guys in the meeting rooms know for sure.

“It's hard to see who the best defense is at Clemson in the past couple of years,” Muse said. “At the end of the day, it comes down to stats. Everybody wants to know what the stats are. Nobody really looks at how the game is managed and things like that. When you put in subs, things can get skewed in certain ways. If you want to talk about the best it comes down to managing games and nobody really knows except for the guys in the meeting. We know we have an opportunity to be one of the best.”

#Clemson safety Tanner Muse is ready to see more defensive highlights, especially with what his group is doing