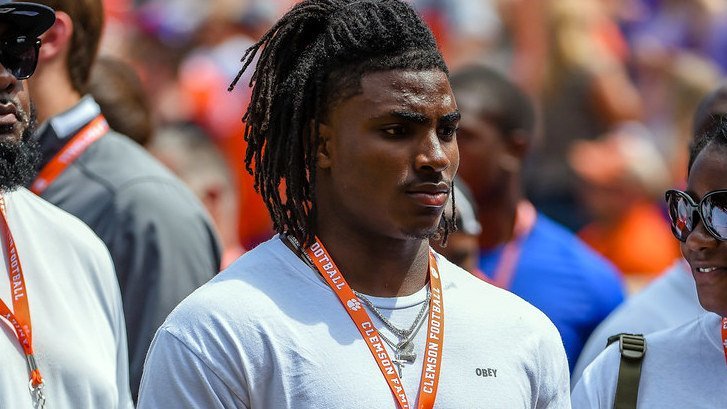 Kobe Pryor will announce his college decision on May 18th, and whichever school he decides to attend is getting the total package.

Pryor, regarded as one of the top running back prospects in the country, narrowed his list to South Carolina, Clemson, Georgia Tech, Georgia, Auburn and LSU. All but Georgia have offered. He visited Clemson for a junior day in January and has also been to Georgia and Auburn.

What stands out about the school he has chosen?

“Just somewhere where I felt like I was at home and I felt like I could be around all the coaches and players,” Pryor said. “I just feel like I can come in and earn my position and learn the playbook. It’s just the way they would use me in their offense and I think I can be a key player.”

Pryor will publicly announce the choice May 18th with a Twitter video followed by a formal announcement at his school.

“It is a place that has a great vibe and a place where I feel like I am at home and feel like I am around family,” Pryor said.” I have a good relationship with Coach (Tony) Elliott. We talk almost every day and I feel like I can talk to him almost any time. He tells me there is a good chance that I will get to play early. All I have to do is come in and compete because Travis Etienne will go to the draft after next year and Tavien Feaster just entered the transfer portal.”

What kind of player would the Tigers get in Pryor?

Cedartown head coach Doyle Kelley says Pryor is the total package and is not only great on the field, he’s the kind of person the Tigers are looking to recruiting.