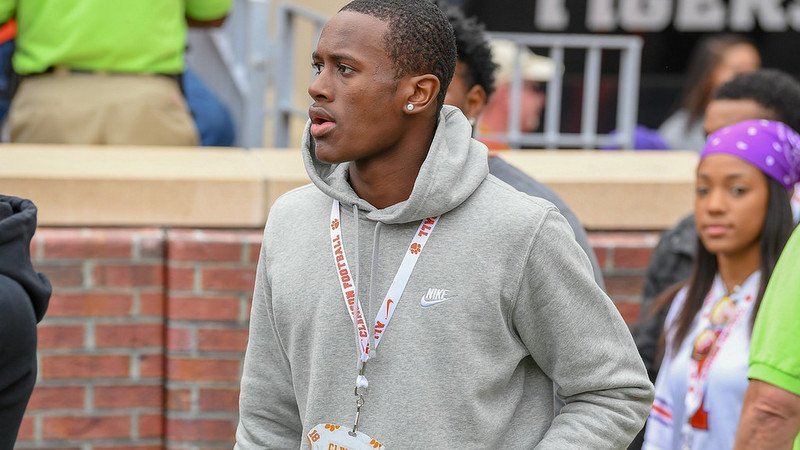 Lambert, the 4-star wide receiver out of Norfolk (VA) Maury was on campus for last weekend’s elite junior day, and he told TigerNet the Clemson coaching staff does things the right way.

"It went really well. I got there and got to spend a lot of time with the coaches and took a tour of the campus,” Lambert said. “What really stood out was the whole campus and the history behind it, but I also enjoyed the uniform part and taking pictures. That was live. It was really cool, they had different sets and we could take different pictures. They were playing music and there was a lot of energy. It was great.”

The National Championship trophy was out for pictures, but the coaches didn’t focus on the winning – they focused on the process.

“They didn't really bring up the winning,” he said. “They brought up how they win, and they win by being about family and things like that.”

He spent most of his time with the architect of Wide Receiver U.

“I spent the most time with Coach (Jeff) Scott,” Lambert said. “He likes my height and he says I can play anywhere on the field. He sees me playing multiple positions and not just one.”

He says Clemson, Virginia Tech, South Carolina, Penn State, USC and Michigan are currently the ones who are high on his list, but added that, “Clemson is pretty high for me right now.”

He hopes to make it back to campus this spring.

“I am trying to get there for the spring game. I am going to take other visits and just enjoy the process,” Lambert said.

Lambert was credited with 60 catches for 1,039 yards and over 1,600 all purpose yards with 19 touchdowns. He also plays cornerback in the defensive backfield, but most schools are looking to play him as a wide receiver.