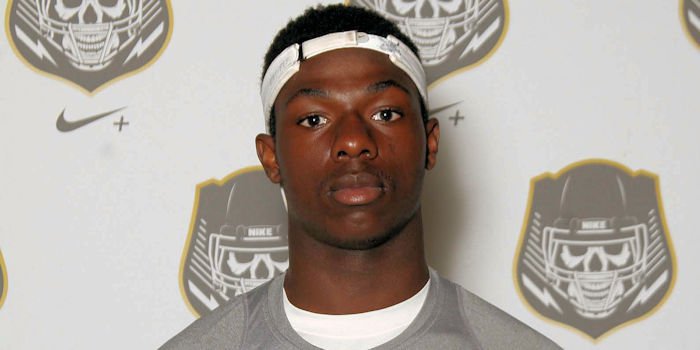 Clemson's stock has soared in the mind of Markquese Bell, after the four-star athlete from New Jersey's Bridgeton High School visited the campus Thursday.

“It was better than what I thought it would be,” the 2017 prospect told TigerNet, shortly after returning home Friday. He said he and two of his high school coaches toured the campus and facilities, including the Football Operations Complex under construction. He was also able to spend time with defensive coordinator Brent Venables.

“They had me do a virtual-reality practice, and that was pretty cool,” Bell said. “I got to talk to coach Venables a lot.

“They like that I'm physical, that I attack the ball,” he said. “I've got good ball skills, and I'm long and lengthy.”

Bell has played on both sides of the ball for Bridgeton, racking up more than 1,000 all-purpose yards as a wide receiver during his junior season, with 52 receptions for 792 yards and 14 touchdowns. At defensive back in 2015, Bell registered 60 tackles, two sacks and two interceptions and broke up nine passes.

In addition to Clemson, Bell has offers from Florida, Georgia, Georgia Tech, Michigan, Ohio State, Boston College, Penn State, North Carolina, Ole Miss and Virginia Tech, among others. Bell, who is the No. 1 player in New Jersey and the No. 4 overall athlete according to ESPN, plans to visit Ohio State next month and announce his decision close to National Signing Day.

“Clemson is probably at the top, if I had a list,” he said. “I loved the campus. It was a beautiful campus – just the surroundings, how everything is just right there. Everybody seems like they know each other – it's a small area so it's like a family atmosphere.”

He said during Thursday's visit he spoke with academic advisers and received a stack of literature about prospective majors.

“I really talked to the players a lot – they seemed like they really like it there,” he said. “And they said everybody takes care of everybody. Everybody looks out for you. If you're having trouble, they'll help you in classes and stuff. So that was a big part.”

He said that while watching the Tigers play Alabama in the National Championship Game, “I thought they were going to pull it off and win. But the way they're recruiting, I think they have a chance to be a national championship team.”

And if one of the 2017 recruits turns out to be him, Bell said Clemson would be getting a student-athlete who gives his all – and then some.

“I'm a player that's going to give 110 percent every play, every game,” he said. “I work hard in the weight room and in the classroom. You never have to worry about me slacking. I'm just a leader.”

As for his senior season at Bridgeport, Bell said he's focused on one goal: “I'm trying to lead my team to a state championship.”