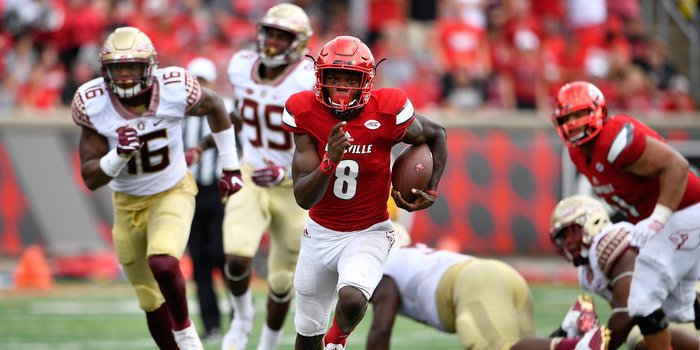 Lamar Jackson and the Louisville offense have put up prolific numbers this season (Photo by Jamie Rhodes, USAT)

Throughout this week, Clemson’s showdown with Louisville is going to be made out to be Deshaun Watson vs. Lamar

Or Lamar Jackson vs. Deshaun Watson.

It should make for one heck of a show Saturday night on national TV at Death Valley.