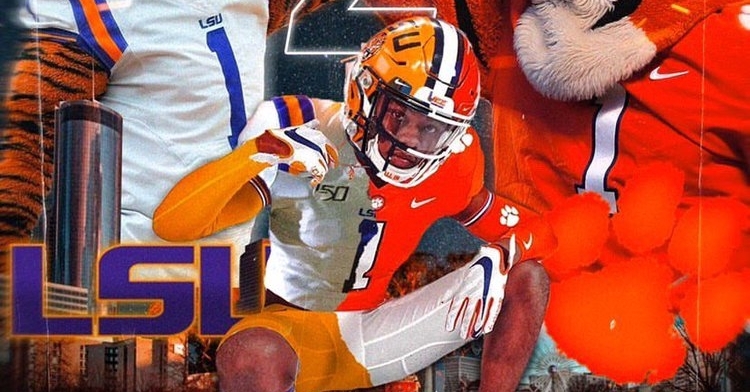 Gee has narrowed his list to Clemson and LSU

Clemson and LSU are once again going head-to-head.

Four months after battling in New Orleans for the National Championship, the two Tigers are in a tussle for the services of 4-star safety Khari Gee of College Park (GA) Woodward. Gee announced his final two via Twitter Thursday morning, and then told TigerNet the reasons for trimming his list to a final two.

“I put it out to just narrow down my options,” Gee told TigerNet. “There were so many coaches hitting me up. I think this is going to make it easier for me to make a decision. I feel like those two schools are just the best fits for me.

Gee said that he would love to visit each finalist one more time, but if that doesn’t happen, he still has enough information to make an informed decision.

“I would definitely enjoy that, but with this corona pandemic, I am not sure how things are going to pan out,” Gee said. “I am really good to make the decision off of everything I have seen so far, but I am just going to keep grinding and building my relationships with both schools and then see which one is the best for me.”

The Clemson coaches are making sure to keep in constant contact, and that includes main recruiter and safeties coach Mickey Conn.

What is it that sets Clemson apart?

“It's just the culture at Clemson and how Coach (Dabo) Swinney runs things and how it is such a spiritual community and how everybody is so close,” he said. “It is just a well-rounded program and football team. It is about more than just football there."

Gee said he doesn’t really know when he will make a decision – he still has a lot going on trying to finish out his junior year at Woodward – but will know when it’s time.

“I don't really have a timeframe. Really just before my senior season,” he said. “That is really the only timeframe I have. Right now, we are still having school so I have a decent amount of schoolwork and I work out a lot.”

?.
Blessed to receive an offer from THE Clemson University????.. #ALLIN pic.twitter.com/0Zd5r9Yaqm