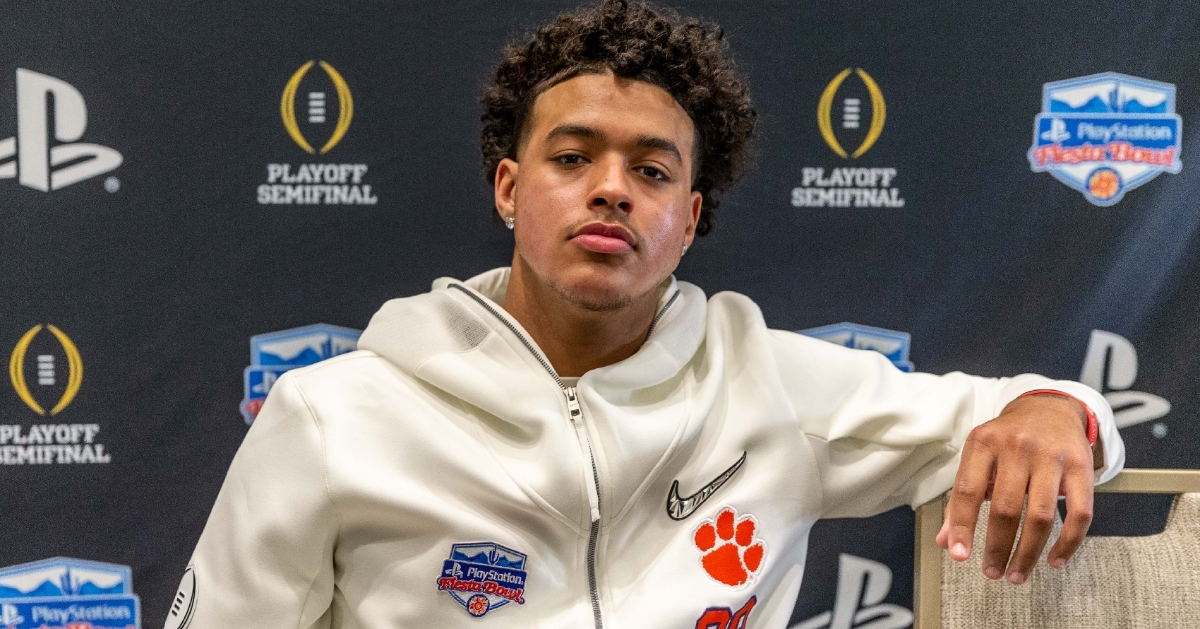 SCOTTSDALE, AZ – Braden Galloway will do something Saturday that he hasn’t done in over a year. He will leave the team hotel with his teammates, ride the bus to the stadium and walk into a locker room to get taped up and ready for the Fiesta Bowl College Football Playoff Semifinal against Ohio State.

He will be getting ready to play in a game.

“This is one of the biggest games of the year,” Galloway told TigerNet Thursday. “I am just happy I get to play in it.”

The sophomore tight end, who was one of three Clemson players to receive a one-year ban after testing positive for the banned substance ostarine prior to last year’s College Football Playoff, received official clearance from the NCAA recently and will suit up against the Buckeyes.

It’s been a long year in a lot of ways, and it’s been a short year. But it all started with a phone call last December from head coach Dabo Swinney.

“Coach Swinney called me. I was Christmas shopping with my mom, and that kind of just ended. Ended suddenly,” Galloway said. “At first, we really didn't know what it was. I still don't know how it got into my system. I am still not very familiar with it, but I know a little more about it since we've done the research and stuff. It was definitely a tough time, especially for my mom. She has done so much for me and I didn't want to lose this opportunity. It was a tough time. But this year has flown by. I have learned a lot from it, but I know I didn't do anything wrong at heart, so I feel fine about it. This definitely was a tough year.”

Galloway said his faith and the fact that the Clemson football program supports the players as people – and not just football players – helped him through the tough times.

“Really just my faith. I've always gone to church and stuff, but I put my faith in God and trusting that He has a plan. And then the people at Clemson - I was looking back on it earlier, and if I had gone to another school where it was just about football, I don't think I could have gone through this past year,” Galloway said. “People were still supporting me. Some football staffs just serve people's talents, and obviously, I wasn't able to perform on the field but I was still treated like every other player out there. It was cool to see it from that perspective, because I know if something happened to me and I went down with an injury or something, I would get treated the same.”

Galloway has gone to great lengths to ensure he doesn’t use products or eat food that hasn’t been endorsed by the Clemson nutritionists and trainers, but the week after a drug test is always a stressful one.

“It bothers me whenever there is NCAA drug testing. I don't know how it got into my system, and every time I get drug tested I am nervous for that whole next week, because I don't know if I put something in my system that I just didn't know about,” he said. “But with the nutrition plan that we have, we take it very seriously. and I am letting them know anything I am putting in my body outside the facility. This does make me nervous until I get that text saying that my drug test was negative.”

Galloway spent most of this season and the spring working on Clemson’s scout team and developed a strong relationship with Brent Venables. He also learned to appreciate the game he loves.

“I just appreciate the game more and I appreciate the opportunity. It can be taken from you in a heartbeat, whether it's an injury or whatever you or doing,” Galloway said. “And with Coach V (Brent Venables), you know you are getting full speed whether it is a walk-through or full pads. We are getting physical over there. I love Coach V. He was pushing me like I was one of his own players. There were times when I went to practice and didn't feel like being there but he was able to push me through it. Now I am ready to contribute to the team in some form or fashion.”

He now feels like he is a better football player than he was before the suspension.

“I do and Power Hour is a big reason for that. We were lifting every day for an hour or hour and fifteen minutes and then going to practice,” Galloway said. “It has made me a stronger player and I've been watching film on my own. There is a support person there to make sure I was up to date with the offense even though I wasn't a part of the offense. I think that was the biggest thing.”

It all comes full circle Saturday when he takes the field in a game for the first time in a while.

“Obviously, there will be nerves going out there. I haven't played in a year,” Galloway said. “I know I didn't do anything wrong so I am going to go out there and appreciate the opportunity and enjoy the moment.”