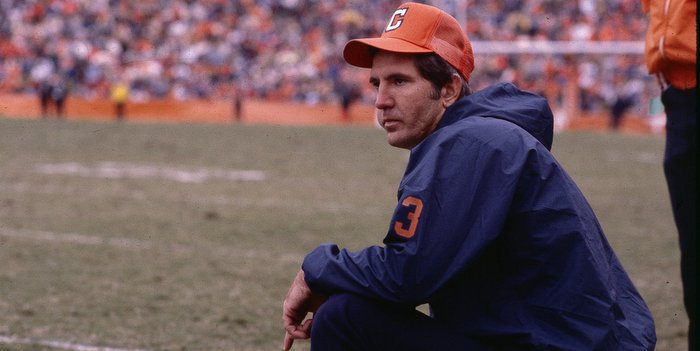 When I started looking at the Clemson-Pittsburgh game coming up Saturday, my first thought was, “When is the last time they played?”

It was surprising to see the last time the Tigers and Panthers played was actually the only time they have played, although that one meeting should be quite memorable for Clemson fans at least in their mid-40s.

Turning 7 years old exactly a week before that game (you can do the math on my current age), I remember thinking, “Pittsburgh? I don’t know anything about this team.”

It certainly didn’t take long to realize just how good the Panthers were. They entered the game ranked No. 10 in the country, while Clemson was No. 11, and it wasn’t much of a contest as Pittsburgh won 34-3.

It really was a blowout that 34-3 would indicate, but it was a game and a season that helped turn around the Clemson program. Before that game, the Tigers hadn’t been to a bowl game since the 1959 Bluebonnet Bowl. Yep, almost 20 years without a bowl. Let that sink in for a second.

There were some bleak years with Hootie Ingram and Red Parker running the program, and Clemson finished 3-6-2 in 1976, Parker’s final season at the helm.

Charley Pell, who was the defensive coordinator in 1976, was promoted and took over in 1977, and while he didn’t even stay two full seasons as the head coach, he really helped get the program back on track. Clemson went 8-3-1 in 1977 and finished 4-1-1 in the ACC. The Tigers tied North Carolina, which ended up as the ACC champion, beat South Carolina and had Notre Dame on the ropes until Joe Montana saved the day for a 21-17 win.

The next year was special. Clemson went 10-1 in the regular season and won the ACC title, its first since 1967. Pell left the program before a return trip to the Gator Bowl, and a young assistant named Danny Ford coached the team to a 17-15 win over Ohio State.

The Tigers finished the season ranked sixth, and we all know where the program went from there as Ford was promoted to head coach. Bowl games – and wins – and ACC titles became the norm, and the 1981 team set the standard with the program’s only national title (although last year’s team came close).

After some more up and down years after Ford left, Dabo Swinney has Clemson’s program riding high again, but the origin of everything that Clemson has built in the past 40 years or so goes back to that 1977 team.

Just look at some of the names on that roster. There were only 12 seniors listed on the roster, although that group did include Archie Reese, who won two Super Bowl titles. The junior class featured Steve Fuller, Dwight Clark, Jerry Butler, Joe Bostic and Steve Kenney, while the sophomore class included Jim Stuckey, Jeff Bostic, Marvin Sims, Obed Ariri and Bubba Brown.

If you’re a fan of a certain age, those are some of the most memorable names ever for the program, and they won a lot of games and set the program up for many special memories to come.