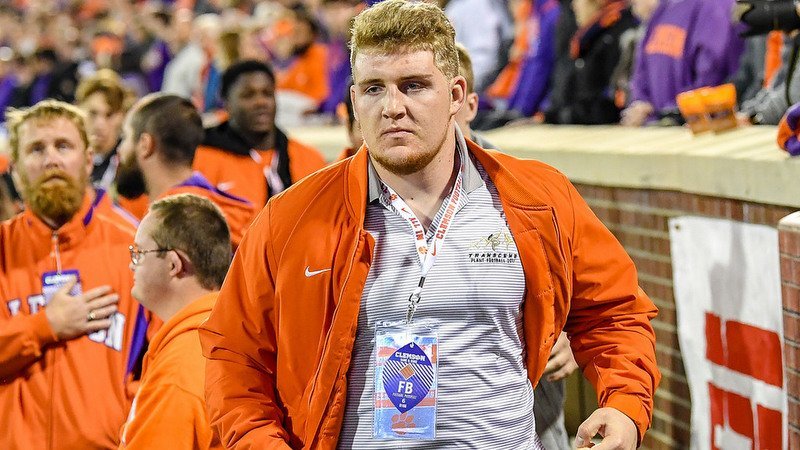 Putnam on the Clemson visit for the win over Duke

One of the top offensive line targets on the Clemson big board is set to make a decision and the Tigers are in the final three.

Four-star 2019 offensive guard Will Putnam of Tampa (FL) Plant has listed a final three of Clemson, Auburn, and Florida State and has taken official visits to all three. Putnam visited Clemson two weeks ago when the Tigers played Duke, a final chance for the Tigers to make an impression.

"He's on target with those three, and there's not a lot of movement in differentiating," said Plant High coach Robert Weiner. "There are things he likes about all three of them. He's done his homework. He's the son of an Army colonel and has an organized mom."

The final home visits for the contenders begin this week according to Weiner. Florida State will be in on Tuesday, Auburn on Wednesday and he's expecting Clemson to visit next week after the ACC Championship Game.

"After that, he's going to rally together with the family and myself and talk it out and see where it is," the coach said. "Every trip, he came back and told me very little negatives about any of them and told me all the positives."

And the coach said Putnam saw a lot of positives with Clemson on his visit.

"One thing is the obvious one, a place that you know, just based on recent history, is going to vie for the national championship every single year," Weiner said. "He likes the prospect of that. At Plant, he competed at the highest level and was able to go in the route of striving for a championship in every sport he took. He likes that part.

“He also felt that there's a tremendous family atmosphere there as well where you can find big-time football at the top level and at the same time get a place where you think you're going to be taken of as a human being and where the coaches actually care about you beyond just the football field. He really liked the guys as well."

Putnam played tackle at Plant but he's being recruited as an inside offensive lineman. He's also working on his skills as a center. Weiner said he's not the prototypical offensive tackle with his size and lack of long arms, but he calls him the most devastating lineman he's ever seen. He's also a state wrestling champion.

Weiner said the plan now is for Putnam to announce and sign on the second day of the early signing period, December 20th. He wants his grandparents to be part of that moment and they will be returning from an out of the country trip on the night of the 19th.