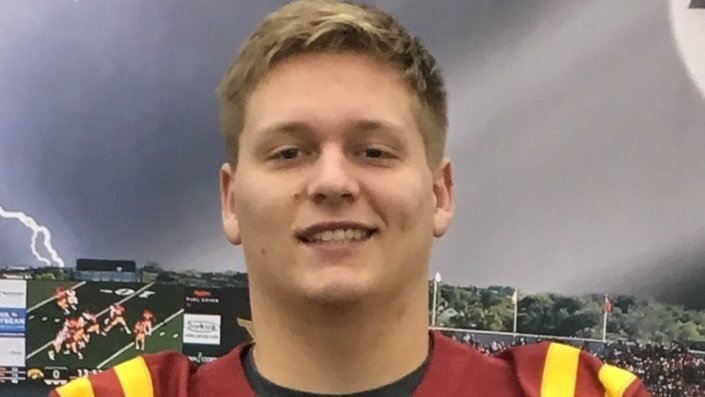 Turner Corcoran added an offer from Clemson recently and quickly found out he has a connection with Tiger defensive coordinator Brent Venables.

“It’s really crazy. I really never would have thought that much of this would’ve ever happened with all of the big-name schools that have offered me or talked to me over the last couple of weeks or months,” Corcoran told TigerNet. “It’s been pretty unreal. I never would’ve thought that it would come to this during my entire recruiting process, especially just being a sophomore.”

Venables, who hails from Kansas, made the offer.

“Coach Lischer, my high school coach, texted me and told me to give Coach Venables a call,” Corcoran said. “It was Coach Venables who offered me. He told me about a minute or two into the conversation that they were offering me. I was pretty pumped about because getting an offer from Clemson is pretty rare for a Midwestern kid from Kansas. I was ecstatic and excited.”

It didn’t take long for Corcoran to find his connection to Venables.

“He was a really nice guy. He seemed like a really nice guy over the phone, but I’m sure when it’s game time he’s strictly business. From stories that I’ve heard, he’s a very intense coach. He sounds like a great dude and I really want to get to know him better in the future during the recruiting process.”

“Obviously, I knew a little bit about Clemson. They won the national championship two years ago. They’re a top-tier program and they play some of the best competition every year in the ACC and are always playing in big-time bowl games,” he said. “They’re a very outstanding program. They have great academics. I’m really looking forward to talking to Coach Venables more in the future.”

Next up? Making a trip to see the Clemson campus.

“Me and my parents have talked about trying to get up there this summer even though my schedule is very packed with camps going on with my school and then individual camps that I want to attend,” he said. “It would be great to get out there to watch a game or get out there in late July after the dead period just to get to talk to Coach (Robbie) Caldwell, Coach (Dabo) Swinney and Coach Venables for the first time in person and get to know those guys and see the facility.”