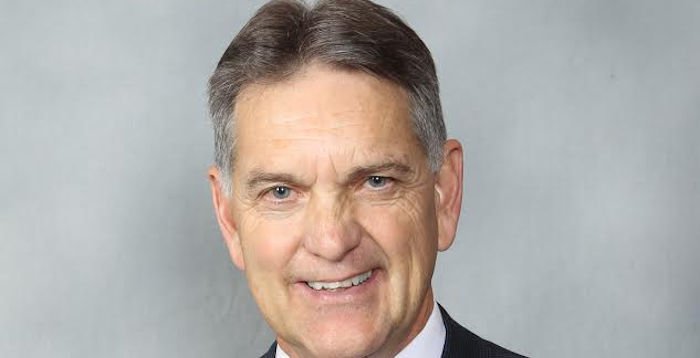 Bert Henderson will be missed by all

The enduring image I will have of Bert Henderson is one of him smiling. Why? Because it's etched into almost every memory, I have of him.

When the news broke Monday evening that Henderson was missing, I wanted to jump in my car and look for him. Common sense prevailed – let the authorities do their work without well-intentioned but clumsy civilians getting in the way.

But that’s the just kind of man Bert Henderson was. Even if you weren’t his best friend or closest confidante, he left a lasting impression on you and your life. The kind of impression that makes you want to get in your car and travel near his home and ramble through the woods at night to see if you can find him.

In case you missed it – Henderson was Clemson’s Associate AD / Director of IPTAY Planned Giving. Henderson, 60, was found dead Tuesday morning, according to Pickens County Sheriff Rick Clark. An investigation by the coroner’s office has begun, and their office will provide any further information as it becomes available.

In many ways, Henderson was the ideal representative of Clemson University. He possessed boyish good looks, a sharp intellect and a winning personality that made people from all walks of life feel comfortable. Whenever I see a shirt that says, “A Clemson Man Needs No Introduction” I automatically think of Bert.

Affable and humble, he was as comfortable speaking with an 18-year old football player as he was the CEO of a Fortune 500 company. And, in many ways, that was an accurate representation of his Clemson career – from humble beginnings to a main cog in the machinery of Clemson athletics.

The school released a statement this morning that put it perfectly: Henderson's Clemson career began in 1978 as an athletic trainer, and throughout his time at Clemson, he became comfortable in any role, from wrapping ankles to raising money for IPTAY. Before officially beginning his administrative career, Henderson served as a trainer on Clemson football’s 1981 national championship team.

His administrative tenure at Clemson began when he served as business manager and trainer for Bill Foster's basketball teams (1982-1984). In 1984, he moved to Clemson's Alumni Center as a field agent. While there, he set up visiting team headquarters and managed Clemson Alumni and Clemson Club meetings. In addition, he initiated the umbrella structure for which all alumni and athletic activities take place. In 1985, he became IPTAY's first Associate Executive Director.

In 2004, Henderson became IPTAY's Executive Director. He provided new opportunities with IPTAY's annual giving levels, establishing the Heisman level at $10,000 annually and securing 100 donors in the first year of 2005. Later he established the McFadden level and the Howard level to allow donors to move up from within while helping the growth of IPTAY.

Henderson enhanced and developed the bar code data system for IPTAY, restructured the priority points system in 2001, and helped the technical communication of the database. He has secured numerous naming opportunities and endowments. Dean and Ann Coleman honored him in 2001 when they endowed a trainer's position in his name.

His duties at IPTAY included coordinating planned giving for Clemson University athletics, wherein Henderson worked with donors to help establish the best method to provide gifts to Clemson athletics' future. Bequests, trusts, endowments and other financial tools will be a part of gift and estate planning. He also works directly with Clemson University and the Clemson Athletic Capital Campaign offices to secure the best procedures for the donor and Clemson's future for all capital gifts.

The night before Clemson played at Auburn last season I ran into Bert in a steakhouse in Columbus, Ga. He stepped over to our table, and we shared a few brief moments about the game and the upcoming season. Even though he was with a group of people, he still took the time to come over and speak and flash that winning smile.

After his beloved wife had passed away in late November, I ran into Bert on campus, and I felt awkward. Sometimes, in those situations, you don’t know what to say or do. All you can do is tell someone you’re thinking about them and praying for them, but you know it isn’t enough.

But that smile was there, and he took that awkwardness away, even though the smile belied the pain in his eyes. The Clemson family lost a good one in Bert, and he will be sorely missed by anyone who came into contact with him. If you knew Bert, you are a better person for knowing him.

As the song so beautifully says, Go Rest High on that Mountain. Embrace your beautiful bride and let her know we are gonna miss you both. And you won’t have any problems getting into heaven. They know who you are because a Clemson man needs no introduction.

Thoughts and prayers to the family of Bert Henderson. Loved by so many and a true Clemson man.

Bert Henderson and his family will always hold a place in my heart. One of the first men to invest in me. God gained an angel. Rest In Peace

Not a kinder more gentle man than Clemson's Bert Henderson. His smile and graciousness will be missed much. Our hearts break today.

So sad about the passing of Bert Henderson at Clemson. Terrifc guy. Praying for his daughters Amy Lee and Kimberly.

RIP Bert Henderson. He set up a shadowing exp with Danny Poole and co. back when I was in grade school. Thank you for your service to CU!

@MarkPacker Another amazing person left us. Look at this picture - I believe it is about 1977. Mike Brown on top left Bert middle front pic.twitter.com/AlthPJjHle