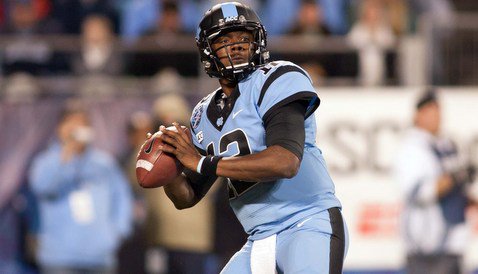 In the second part of our early look at Clemson’s 2014 Atlantic Coast Conference schedule, we take a glance at the North Carolina Tar Heels, a team the Tigers don’t see as often as in the past because of the division rotations in the ACC schedule.

Both of those Tigers have moved on to the NFL and North Carolina has gone in a completely different direction under third-year head coach Larry Fedora.

Clemson and North Carolina have a lot of similarities – both will be breaking in new quarterbacks and new pieces on the offensive line and both like to play as fast as possible on offense.

However, the difference is that Clemson knows that senior Cole Stoudt

Cole Stoudt
Sr. Quarterback
#18 6-4, 205
Dublin, OH
View Full Profile will be its starting quarterback when the season opens, while Fedora is still trying to decide between junior Marquise Williams and red shirt freshman Mitch Trubisky, even though Williams appears to have the inside edge.

“I think both guys have competed really well,” Fedora said. “That's brought out the best in both of them. I think they will continue to do that through the summer and through fall camp. I wish we could have that type of competition at each and every position on our team. When we do have that, then we're going to be a really good football team.

“I'm pleased with where both guys are, with how they've handled the situation. I don't have a given date that I'll make a decision. That way, that gives everybody something to talk about all year.”

Both Williams and Trubisky showed flashes of being “the guy” during spring practice, but the competition is still too close to call.

“I think there were certain days where we had one that would do better than the other, then the next day the other would compete,” Fedora said. “That's the great thing about the competition going on right now. I can tell you this at this point, I do feel comfortable we got two guys that we can win with. That's a great thing right there. As far as when it will be determined, I don't know. We'll see how it works out.”

However, the biggest question marks on offense will be who is going to man the offensive line and the tight end spot after the loss of left tackle James Hurst, center Russell Bodine and tight end Eric Ebron who went 10th overall in the NFL Draft.

Defensively, the Tar Heels gave up 182 yards per game on the ground and 221 yards per game through the air, while forcing 13 interceptions and 32 sacks, but look to be solid in year three of former Clemson defensive coordinator Vic Koenning’s 4-2-5 scheme.

North Carolina returns seven starters on defense, including defensive end/linebacker Norkeithus Otis who registered eight sacks and 14 tackles for loss a year ago.

Fedora said that he saw a lot improvement from his defense during spring practice.

“First of all, I think our defense is probably a little bit more experienced than our offense right now when you talk about on-the-field playing time, all those things,” he said. “We have some seniors on the defense. We have one scholarship senior on the offense. We have I think seven on the defense.

“We're still a really young football team. But any of our age is on the defense. I just think our guys developed a little bit quicker. We have guys that have been playing in the system for three years on that side of the ball and they totally understand what we're trying to do.”