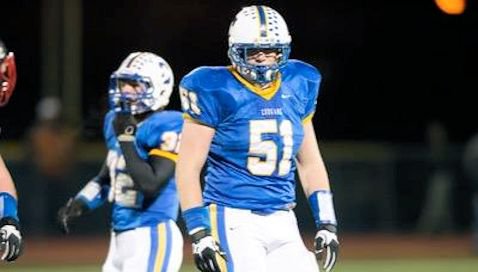 Fries has 18 offers including one from Clemson.

Brent Venables
Def. Coordinator / Linebackers
View Full Profile has gained a reputation as one of college football's best defensive coordinators, but the captain of the nation's top-ranked defense in 2014 is proving he is as adept on the recruiting trail as he is on the football field.

Clemson’s recruiting footprint has usually stayed within the southeast – Florida, Georgia, South Carolina and North Carolina – but with Venables’ help the Tigers are taking to the trail all across the northeast, signing defensive tackle Christian Wilkins from Suffield (CT) and garnering attention from Paramus (NJ) defensive tackle Rashan Gary and Cranford (NJ) offensive lineman Will Fries

Fries made the trip from New Jersey to South Carolina earlier this week for a trip to Clemson and to see family that lives in Greer (SC) and the 4-star prospect came away impressed with what Clemson has to offer.

“It's a great school football and academic wise and a little bit farther from home,” Fries told TigerNet Wednesday evening. “It's a little bit different and definitely a place that I wanted to check out. My whole family came with me. They all really loved it. It's a great campus and it's really beautiful. They really love the coaches and the academics and all of that stuff. They really like the football team.”

The 6-6, 265-pound lineman took in Clemson’s final spring practice of the year and spent a good amount of time watch the Tigers’ first and second team left tackle.

“Isaiah Battle - the left tackle - is really a pleasant guy. I watched him a lot,” Fries said. “And, then I watched the younger guy - Mitch Hyatt - because he's a guy that I've seen on the ESPN 300 and I've watched him. The practices are really physical and intense. They did well and they really got after their guys.”

When asked for a self-scouting report, Fries described himself as a similar player to Hyatt – the freshman offensive tackle pushing Battle for playing time – who is known for playing through the whistle.

“Most coaches they love the physicality that they see in my film,” he said. “I always finish my blocks. I have the athleticism to be a tackle, so it's the best of physical toughness and athleticism. I don't have a preference [between pass protection or run blocking]. Whatever I'm assigned to do, I'm just going to go get after my guy and finish them.”

Outside of talking to Venables, Fries and his family didn’t know a lot about Clemson, but after his visit Clemson is a place that he can’t wait to explore further.

“I have a great relationship with Coach Venables. I always enjoy talking to him,” he said. “We talk about all things - football, things outside of football, what it's like to be at Clemson. Me and Coach Venables have a great relationship and I enjoy talking to him. It's hard to have an opinion before a visit because obviously I only had contact with the coaches, but after the visit I really like Clemson and look forward to coming back down again.”

With 18 offers – mostly from schools in the northeast but including Clemson, Duke, N.C. State, and South Carolina – Fries will have a difficult decision to make, but he doesn’t intend to choose anytime soon.

“They don't have a preference, if I go close to home or far away,” he said. “Wherever I feel the most comfortable is where they want me to go, so they've expressed that distance doesn't matter. I don't know when I'm going to make my decision. I'm going to try to take some of my official visits. With Clemson, there is absolutely a chance that they get one of the five officials.”

Tags: Will Fries
Trending on TigerNet