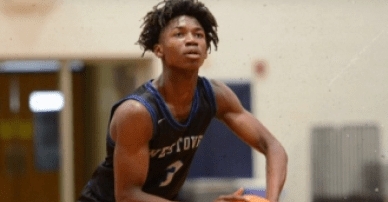 Dunn was offered by the Tigers on May 5.

Clemson's coaching staff recently delivered an offer to one of the top shooting guards in the region.

Four-star shooting guard 6-3 D’Marco Dunn is a native of Tucson, AZ, but he attends Westover High School in Fayetteville, NC. He’s coming off a season in which he averaged 20 points, seven rebounds and two assists per game. He shot 54% from the floor, 45% from three and 70% from the line.

With no AAU or summer ball to scout, recruiters are judging Dunn from what they saw last season. Clemson coaches were in to see him and the Tigers recently joined his offer list.

“I know it’s a great school,” Dunn said. “Actually, they were one of the first schools to recruit me when I got to North Carolina. They came to some of my games. When they called me and told me I was excited. I obviously know what that program has been, so I was elated to hear. They get after it and they seem very balanced with big guards. It’s a very well-rounded program.”

Dunn also holds offers from North Carolina, Arizona, Vanderbilt, VCU, Xavier, Maryland, Texas, Marquette, Houston, USF, Wichita State and East Carolina. He has not decided on favorites but Clemson is in a good place with him.

“They are definitely near the top,” Dunn said. “My list is wide open, I can’t really say right now in choosing one school over another, but they are near the top.”

If you are Clemson, or for that matter pretty much any other non-blueblood program, it’s hardly a good thing when North Carolina throws its offer into the ring for a player, as is the case with Dunn. Yet, he wasn’t overwhelmed by getting the offer from the Tar Heels.

Dunn has not yet visited Clemson and he hopes to once travel restrictions are lifted. He definitely wants to get in some official visits before he makes his decision. And he is planning to sign in November at this point.

Dunn is ranked as high as No. 19 nationally among shooting guards and is ranked fourth among prospects in Arizona (247Sports), though last season and this season he is playing in North Carolina.