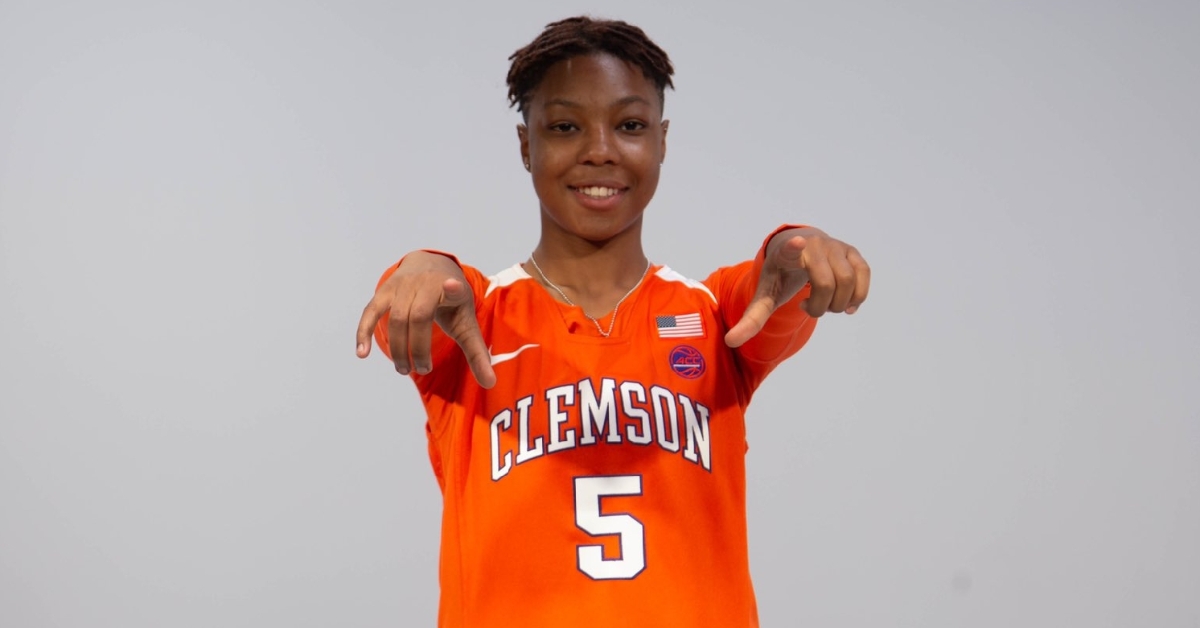 Elliott says Amanda Butler is building something special at Clemson.

Women’s basketball coach Amanda Butler is building something special at Clemson and 5-star wing Gabby Elliott can’t wait to be a part of it.

Clemson has been recruiting Elliott for about a year and after last season’s 20-13 overall record and a second-round appearance in the NCAA Tournament for the first time since 2001, the 2020 Detroit (MI) Edison Public Academy prospect believed in what Butler was building and a trip to Clemson sealed the deal.

Elliott – the No. 6 wing and No. 42 prospect according to ESPN – announced her commitment to Clemson on Wednesday, choosing Clemson over Maryland, Minnesota, North Carolina, Marquette and Pittsburgh among others.

Seeing the impact that Butler was able to make in just one season, the first-year Clemson coach’s style initially caught Elliott’s attention.

“It's been about a year. Coach Butler has been recruiting me for a while, so I've gotten to know her and her staff really well,” Elliott told TigerNet Wednesday evening. “When I saw what she did last year, I just kind of fell in love with her coaching style. I truly love the game of basketball and I got an opportunity to sit and see what she did, and it was great. She turned the program around in just one year. In talking to her, she expected great things but not that great. Just to actually see it happen was great. I just fell in love with her coaching.”

Butler also made a big impression on Elliott’s mother, who couldn’t be happier with her daughter’s decision.

“My parents support me 100-percent. They know why I picked Clemson. My mother truly loves Coach Butler, so when I decided to go to Clemson, my mom was ecstatic,” Elliott said.

Elliott visited Clemson recently for a football game and the Lady Tigers family atmosphere as well as the motto of TLC – Trust, Loyalty, and Commitment – caused her to really fall in love with everything about Clemson.

“When I first got to Clemson, I truly didn't know what to expect. I had never been to Clemson,” Elliott said. “Everybody had been telling me about football, but a lot of people don't know that I don't actually like football. I was just so open-minded about what I would see, so when I got to campus, I truly fell in love with it. Everything is right there, yet it's still big. It's very diverse. Clemson truly felt like home when I got there. I fell in love with the girls because I got to spend a lot of time with them. I came on a football weekend, so tailgating was fun with the team. It was so family-oriented that it's like, how could you not love it there?”

Because of Clemson’s culture and atmosphere, Elliott isn’t worried about being nearly 12 hours from home.

“I've never been afraid to go far away from home so going to Clemson wasn't a shocker to my family because they know that I was never afraid to go away from home,” she said. “Coach Butler and her staff, I am so close with them that I know no matter what they would have my back for sure, so even if I am a little scared, they'll be there no matter what for me, just as much as the team would. When I came down there, I knew that I would be around people who support me and who love me because that's just who the Clemson family is.”

Elliott knows the best is yet to come for Clemson’s women’s basketball program and she can’t wait to be a part of it.

“I trust Coach Butler, her coaching staff and Coach Danielle so I'm okay with being on the ground floor and knowing that we're going to build something over the next four years because I know that we are,” she said. “I truly trust them. I'm excited for my freshman year and to be a Clemson Tigers. I can't wait. I am super excited about it.”