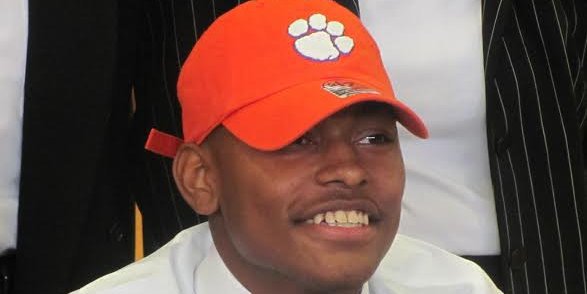 Clyde Trapp heard and saw all of the rumors, and he perused the message boards in the hopes of finding out what was transpiring with the head coach and the school he is going to attend.

But he never worried.

Trapp, a 6-4 guard from Hopkins, S.C., is rated a three-star prospect by Rivals. Trapp plays for Lower Richland High School, the same school that sent former All-ACC guard Edward Scott to Clemson. Trapp was coached by Scott on the AAU circuit.

However, Clemson ended a disappointing season last week with a loss to Oakland in the first round of the NIT, leading to speculation that head coach Brad Brownell might be replaced. Trapp watched Twitter and the message boards, but he told TigerNet Monday that he never wavered in his commitment.

“It's challenging. You just have to stay the course and that's what I did. I wasn't really worried,” Trapp said.

Once the news broke on Monday that Brownell would be retained, Trapp relaxed.

“I just recently saw the news this morning (Monday),” he said. “Coach Brownell texted me and said that everything is good, so I kind of figured he was staying.”

Trapp said he tried to walk a fine line the last week, wanting information from the coaches while also trying to give them space. He also wanted everyone to know he was headed to Clemson, no matter what

“I hit them up, but I wasn't ever thinking about de-committing or anything like that,” he said. “There wasn't ever a time where I wasn't coming to Clemson. I never really even thought about it that much or got that far.”

There were still some anxious moments, but once he saw the news he knew his own ordeal – brief as it was – was over.

“I was finally able to take a deep breath and I had a big old sigh of relief,” he said.

“Clyde had a strong interest in Clemson from the outset,” Brownell said. “He emerged on the recruiting scene this past summer after changing positions and getting more exposure. He is an exceptional athlete with good ball skills and vision, who has all the tools necessary to be a good defender in our program. He continues to get better, and I love the fact that he is a versatile athlete who can play multiple positions.”