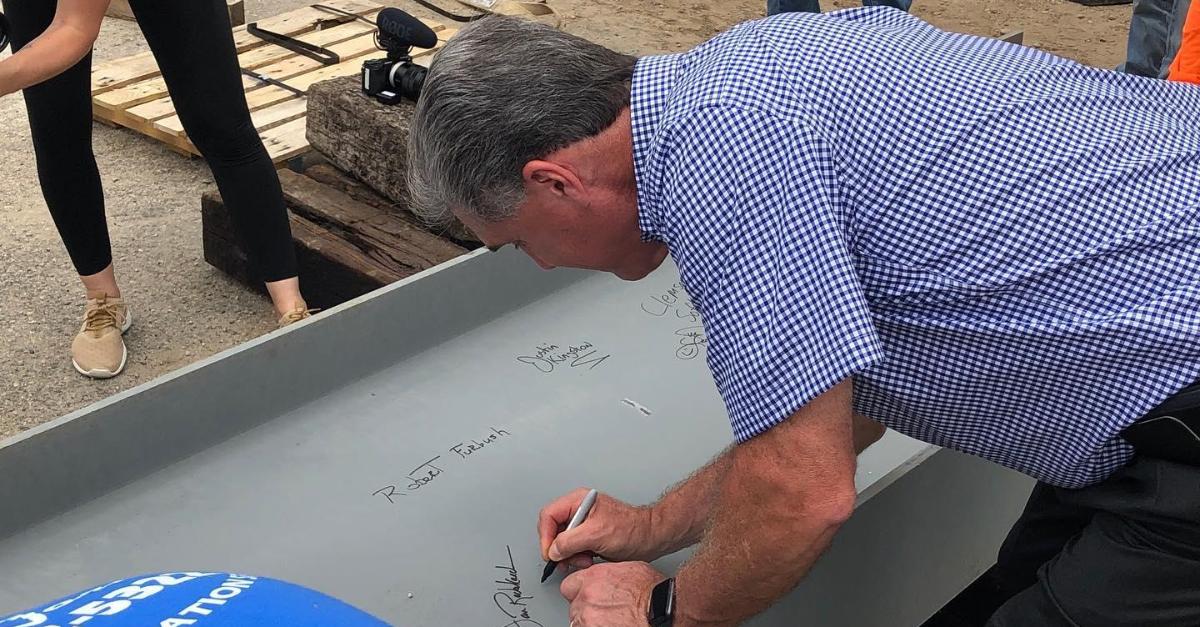 School officials held a topping out ceremony Tuesday morning at the site of the new softball stadium, with members of the coaching staff and athletic department members signing the last beam. In building construction, topping out is a builders' rite traditionally held when the last beam is placed atop a structure during its construction.

The Clemson softball program will play its first game in February 2020 in the new stadium, which will feature 1,000 fixed chairback seats, in addition to berm seating. The facility also includes a team clubhouse with over 12,000 square feet of conditioned space that houses a team lounge, locker room, sports medicine room, equipment room, and coaches’ offices. The facility also features locker rooms for the coaches, umpires and visiting team.

The stadium should be open for practice in mid-September and the entire facility ready to be moved into by October.

“We are excited about today with the topping off ceremony and lunch,” Rittman said. “It means everything to us. It's been a very long process since November of 2017 when I was hired, We have literally seen this stadium from the ground up. It's certainly been a process we have been involved with. We are super excited about today and moving forward.”

Rittman said he’s been more than just an interested observer in the building process.

“Every day I am in town I drive by. This is a busy recruiting time of year, but honestly, I drive by and peek from the outside,” Rittman said. “We've taken a lot of recruits through the construction site and shown them the progress of the stadium. We have our players who are here for summer school and we've taken them on a tour to let them see the progress of the stadium. So it's one of those things where it's like building your home, you come by and check on the progress of it and it gets you more excited every time you drive by.” 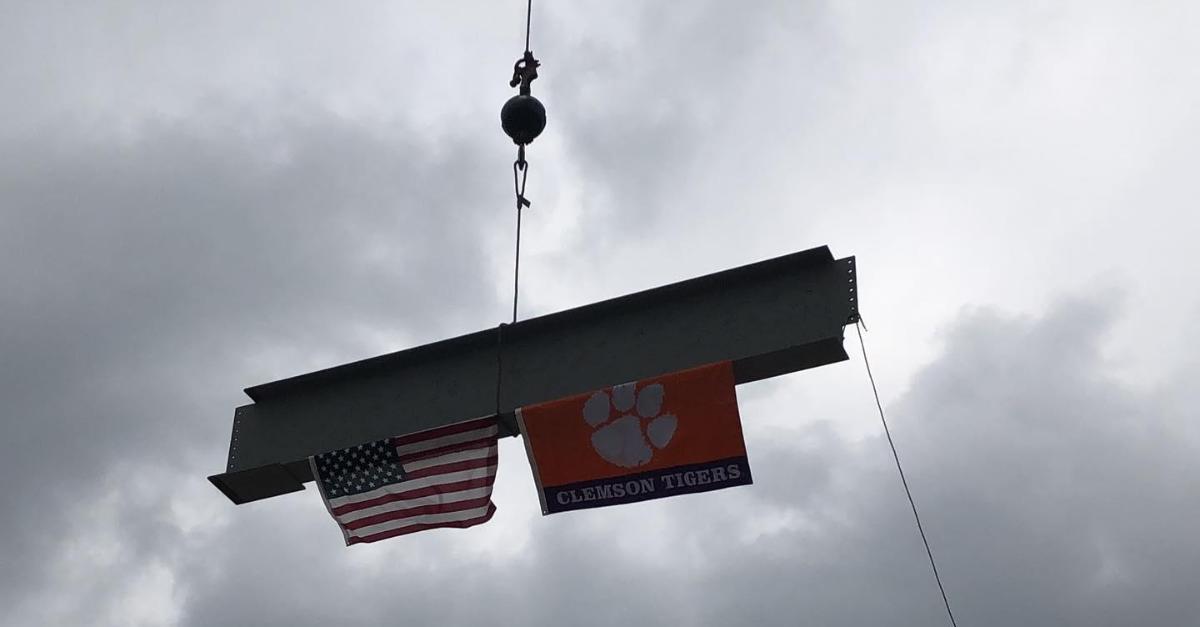 The last beam is hoisted onto the stadium Tuesday

The complex also includes an indoor player development hitting facility that will span over 6,000 square feet. Additional accommodations of the stadium include a press box with three broadcast booths and a video board.

The $13 million project is nearing completion, which means a new level of excitement for Rittman, his coaches, and his players.

“Reality is setting in. We have almost filled out our roster for next year,” Rittman said. “We have 16 student-athletes right now that will make up our first team and we will start practice at the end of August. As the days get closer we are getting amped up and more excited.”