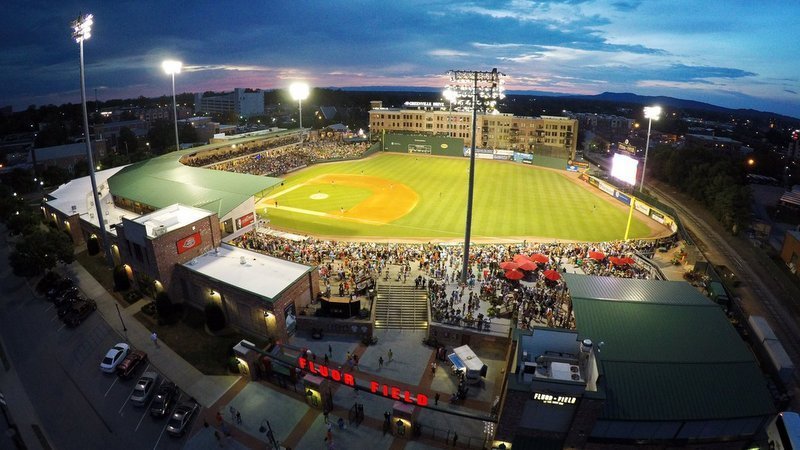 GREENVILLE – The Greenville Drive and the city of Greenville are hoping to bring the Atlantic Coast Conference baseball tournament back to the Upstate of South Carolina and Greenville’s Fluor Field.

The league agreed to a four-year deal to hold its tournament at Durham Bulls Athletic Park beginning in 2015. That deal was set to expire after the 2018 tournament, but after the league moved the 2017 tournament to Louisville when sports events were pulled out of North Carolina because of the controversial House Bill 2, the 2019 tournament was tacked on to the end of the deal.

The league sent out a Request For Proposal to cities this summer for contracts up to four years, beginning with the 2020 event. The goal is to have a decision prior to the 2019 tournament, and bids are due by October.

The ACC held the tournament in Greenville from 1987-1995 at the old Greenville Braves Stadium. Attendance for those tournaments varied but drew 43,675 fans to the 1992 event. The event drew 42,839 people in Louisville last year. Attendance for this year’s tournament at the Durham Bulls Athletic Park was 43,483. This year’s event, featuring 12 teams and six days of games from May 22-27, pumped an estimated $9.6 million into the Triangle, according to the News and Observer.

Greenville submitted a bid in 2010 for the tournament, but the presence of the Confederate Flag on the Statehouse grounds torpedoed that bid. South Carolina is once again able to host the tournament, with Myrtle Beach another city likely to submit a bid.

According to Greenville Drive General Manager Eric Jarinko, winning the bid and bringing the tournament back to Greenville from 2020-2024 would be a win for everyone in the area.

“It would be huge. As we are currently working on the RFP and everything that goes into it, it's really a joint partnership between us, VisitGreenvilleSC (the Greenville Convention and Visitor's Bureau) as well as the city,” Jarinko said. “I think we have a proven track record now of 13 years of what Drive baseball has done, what Fluor Field has done for this community, what this ballpark means to this community and what this community means to us and how we all fit together.

“Whether it's the Reedy River Rivalry between Clemson and South Carolina, Drive baseball games and other amateur baseball games we've hosted here, we like to say that any city can host a baseball game but only Greenville can host an event. And that is really what we look to do with each of these games. And that is what we are looking to do with the ACC, is to make it more than just about the baseball. It's about how the entire city can get behind it and turn it into an event.”

Jarinko said the city and surrounding area would have no problem supplying enough hotel rooms for the tournament.

“Downtown Greenville alone, from North Main down to the ballpark, you've got about seven hotels that are up and running that have been here from one year to 12 years,” he said. “By the time this tournament would come here, which the bid runs from 2020-2024, you would have two or three more hotels in downtown Greenville, including across the street from the ballpark. There are several teams in the downtown radius that can accommodate the teams and their fans, and then as you expand out to the Haywood Mall area, Pelham Road area and places like that hotels are not an issue at all.”

“That is what we are looking for. We are looking to put in our RFP for all four years,” Jarinko said. “Any time you host something, it's better to do something on a multi-year arrangement rather than just one year. Greenville hasn't hosted the tournament in a long time, and year one would be a great event, but there are obviously things we can learn that we would apply to year two and year three and year four.”

The RFP stipulates that each ballpark provide a certain number of media and broadcast seats, with hardwired internet, as well as additional locker room space. Jarinko said the Greenville Drive are currently discussing how much money would have to be spent to get the stadium tournament-ready.

“We are still in the process of looking at that,” Jarinko said. “There are accommodations that would have to be made when it comes to the media and some of the teams with locker rooms and things like that. It is all minor stuff. I think when you look at it as a whole, however, in terms of the fan experience and what we've got in terms of general seating and different levels of hospitality throughout the ballpark and what the city can bring to the table as well, I think Greenville is unmatched by any of the other cities that would put in a bid. We want to make it a great experience not only for the players, but for the fans that would be traveling here as well. “

Attendance at ACC Tournaments in Greenville