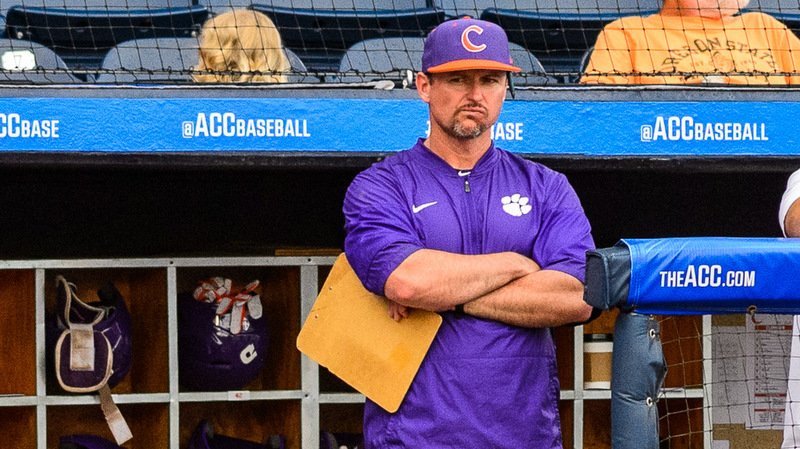 CLEMSON – Monday’s NCAA Selection Show watch party was the seventh consecutive I’ve covered, but this one was different. Usually, there are cheers or groans when Clemson’s spot in the seeding and Regional information is announced. There was none of that Monday. Dead silence from the coaches and players.

Head coach Monte Lee touted his teams resume as a national seed over the last week. The Tigers went 45-14 this season and lead all Power 5 programs in wins and Lee figured they'd host their third straight NCAA regional. He also hoped for one of the top eight national seed.

“It’s business as usual. It’s our third year in a row of hosting so we’re very excited about the opportunity of being one of the 16 teams that gets to host a Regional,” Lee said. “We obviously drew a very tough field - Morehead State is a very, very good ball club and just beat Tennessee Tech, who is a two-seed, in their conference championship final. They’re going to be an awfully tough test.

“They’re a very offensive ball club. St. John’s is in it year in and year out. They’ve got a great ball club. We all know how good Vanderbilt is. We’ve got a tough Regional here but we wouldn’t expect it any other way. We’re excited about the opportunity to see what we can do this weekend here at home.”

Former South Carolina coach and current NCAA Tournament selection committee chair Ray Tanner offered an explanation as to why Clemson was left out of the top-eight, citing the Tigers' record against quality opponents.

"Clemson was very much in the conversation," Tanner said. "Top-50, they were a little bit light, but it was so close. It was razor-thin throughout the process and we landed with Clemson being slightly outside the first eight going in."

Lee said he wasn’t going to concern himself with the Tigers’ seeding – he simply wants to get out of Regional.

Lee also said he wasn’t surprised at being matched against Florida St.

“I’m not surprised. I don’t really worry too much about that. Again, we can’t control the decisions that are made there. All we can control is what we do on the field. We had a great year,” Lee said. “We had a great regular season. I thought we played really well in the tournament. I thought we had a really tough loss to Florida State, who is a great club. We won 45 games, finished 22-8 in the regular season in our league. We were ranked in the top 10 for a number of weeks, top 8 for a number of weeks, so I feel like we’ve had a great year up this point, but we all know what matters and that’s this week.

“We’re not really concerned about whether we’re a national seed or not. We know we’re at home and that’s a great feeling for all of us. I’m very pleased for my ball club and happy for my ball club. Now, it’s time to focus for the task at hand, which is trying to prepare our team for a tough Regional and see what we can do.”