Rittman's Clemson softball program will play its first game in 2020

CLEMSON - Clemson softball coach John Rittman is building the Tiger program from scratch, and our Blythe Neal recently sat down for an exclusive interview with Rittman about his first few months on the job.

Rittman, a longtime head coach and member of the USA Softball Women’s National Team coaching staff, was named the first head coach of Clemson softball in February of 2017. Rittman will lead the program in preparation for its first competitive game in February 2020.

Rittman comes to Clemson after serving as associate head coach at the University of Kansas for the past two seasons. Rittman joined the Jayhawks after 18 seasons as the head coach at Stanford University and 10 years on the United States National Team coaching staff (2001-08, 2016-present).

This is the first in a series of interviews Neal will do with Clemson coaches and players. Stay tuned for more! 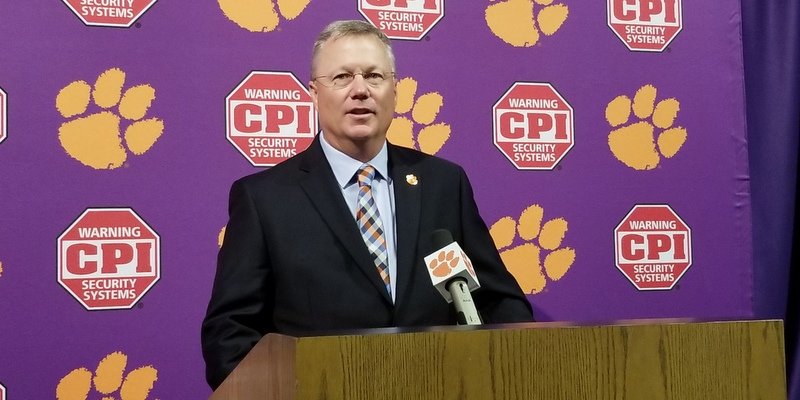 Rittman's Clemson softball program will play its first game in 2020 "
Get the latest Clemson gear right here!
Comment on this story