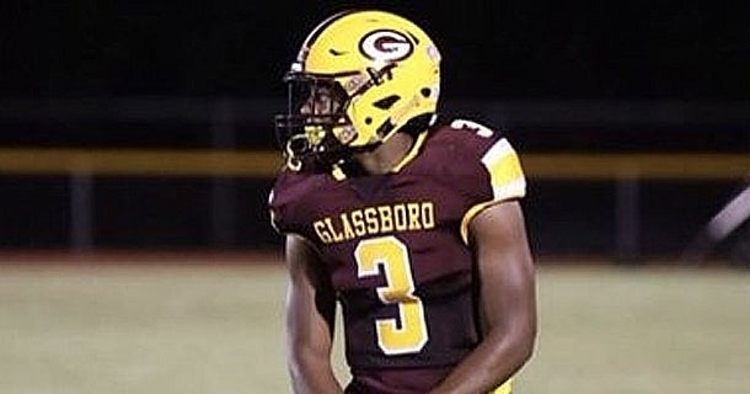 Clemson has continued to put players from their secondary in the NFL, catching the attention of the top prospects around the country. The No. 1 athlete in the nation for the 2022 class has picked up an offer from Clemson and is drawing comparisons to the one of the Tigers' most recent first-round draft picks.

Keon Sabb is a 6-3, 195-pound athlete from Williamstown (NJ) with an impressive offer list that includes Clemson, Florida, Georgia, Oklahoma, and Penn State. Sabb reported a Clemson offer on July 18th, receiving an offer from safeties coach Mickey Conn. Sabb is rated as a 5-star in the 247Sports Composite rankings, listed as the No. 1 athlete and No. 8 player overall in the ’22 rankings.

Sabb is dynamic all over the field, and Clemson has talked with Sabb about his potential to come in and play safety for the Tigers. Sabb’s recruitment has been handled by Conn, and Conn compares Sabb’s potential to first-round draft pick Isaiah Simmons.

“I spoke with Coach Conn, I’m honored and blessed,” Sabb said of receiving an offer from Clemson. “We’ve talked a couple of times, I’m looking forward to getting on campus. He said I’m similar to Isaiah Simmons.”

Sabb had the chance to visit Clemson two years ago, and his next visit to Clemson will come with an offer in hand.

“I was on campus with my 7-on-7 program two springs ago,” Sabb said. “It was crazy. The best I have seen so far. I’m definitely visiting Clemson.”

What is it about Clemson that stands out to the No. 1 athlete in the nation in the ’22 class?

“The opportunity to compete for a national championship,” he said. “Play for a great staff, and help develop me for the next level.”

Sabb has plans to visit numerous schools during his recruitment once recruiting visits resume. What will Sabb be looking for when he takes his visits?

“The right fit, major, and build good relationships with the staff,” he said.

As the No. 1 athlete in the nation, Sabb has the ability to move all over the field and impact the game. Although Sabb has mainly been recruited as a safety, some schools see the top-rated athlete playing all over the secondary. What does Sabb see as his strengths on the field?

“Ball hawk, playmaker, size, speed, and athleticism,” Sabb said of his strengths. “I’ve played corner as well, depending on matchups. Our defensive coordinator would put me on the other team’s best receiver. (At safety) I play single high cover 3, some cover 2, and when I’m at corner, cover zero man to man.”

Sabb’s dynamic athleticism also spills over to the basketball court, throwing down impressive dunks regularly on his highlight tapes. Sabb said he models his game on the football field after former Alabama safety/linebacker, Mark Barron, and former Florida State cornerback, Jalen Ramsey. On film, Sabb is an instinctive player who can run with receivers and come down and deliver a big hit in the run game. Sabb attacks the ball in coverage and shows fluid hips when he turns to run with receivers downfield.