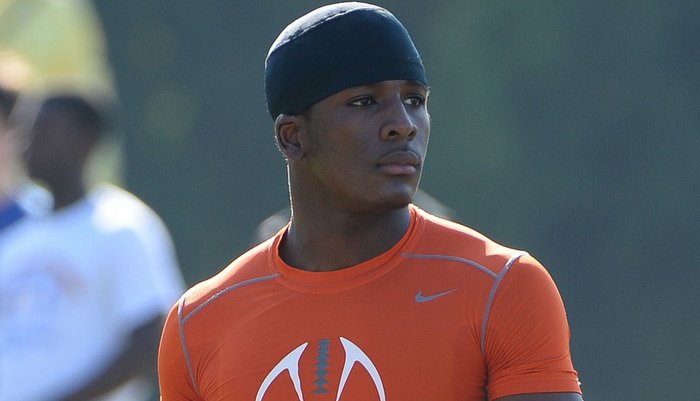 View Full Profile may be a week closer to his decision.

The four-star Charlotte (NC) Hough cornerback took his official visit to Clemson over the weekend and will take his final official to Texas next weekend before making his final school choice.

Fields – who decommited from South Carolina last month – was originally supposed to take a trip to LSU at the end of January but he told TigerNet Sunday afternoon as he left Clemson that he has decided that he will only make the trip to Texas before making his decision.

Clemson’s coaching staff told Fields to keep them updated about his future plans.

Fields traveled with his mother and siblings for the weekend-long visit and said that although he knew what to expect as far as seeing Clemson’s campus and facilities, this visit was more about bonding with current Tiger players and getting to know the coaching staff a little bit better.

“I had a great time. It was just really going up there and getting a chance to talk to the coaches,” Fields said. “I had already been up there before so I already knew what everything looked like and where everything was. I was just able to chill with some of the players and talk to a lot of the coaches. All in all I had a really good time.”

“I hung out with Van and Chalmers,” he said. “I spent a lot of time with [Mackensie] Alexander and Shaq Lawson and a lot of the d-linemen.”

This past season, Fields had 45 tackles and 2 interceptions.