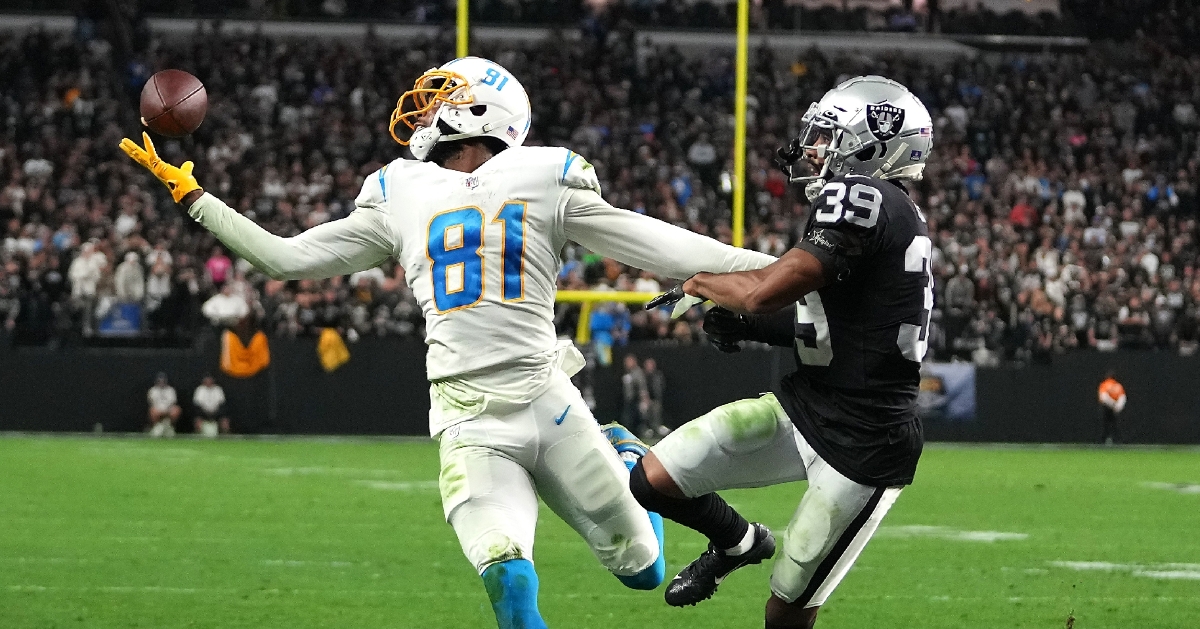 Mike Williams says it was just friendly conversation with a former teammate ahead of his big contract. (Photo: Stephen Sylvanie / USATODAY)

Before Davante Adams joined the Las Vegas Raiders this offseason, Hunter Renfrow might have had an idea for the organization.

Renfrow and fellow former Clemson standout receiver Mike Williams talked ahead of the Pro Bowl earlier this year. Williams appeared to be headed for free agency to the general public, although he felt like was staying the Los Angeles Chargers the whole time. He told the Rich Eisen Show this week that Renfrow brought up the topic of switching sides in the AFC West, but Williams denied it was a full-court press.

"I don't want to call it that. It was just a friend phoning a friend," Williams said with a laugh. "We were just talking about the season, maybe me getting into the Pro Bowl to be an alternate."

The Adams trade went through in March for the Raiders, but coming off of a career season, Williams was instead awarded a $60 million contract by the Chargers earlier that month.

Now, he's ready to help the Chargers offense unleash even more in 2022.

"Yeah for sure, that's the goal. Last year was the first year in our offense. So year two, it's going to be a lot different," Williams said. "Everyone is going to know what to expect. Everybody will know where everybody likes to get the ball at, the spots for the quarterback. It's going to be a lot more fun. Year one was an amazing year for the offense, but year two with everybody knowing the system, we're looking forward to having a better year than last year."

The new contract included $40 million guaranteed and $28 million of that coming in the first year of the three-year deal. 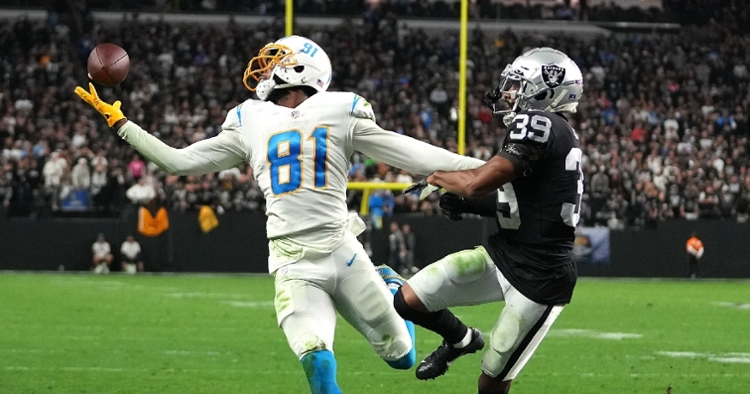 Mike Williams says it was just friendly conversation with a former teammate ahead of his big contract. (Photo: Stephen Sylvanie / USATODAY)"

After navigating some injury issues early in his career, he had a breakout 2021 season with a career-best 76 catches for 1,146 yards with nine touchdowns. Williams has totaled 227 catches for 3,662 yards and 26 touchdowns as a pro total.

"That just means that they believe in me," Williams said. "I was a first-round pick a few years ago, and for them to keep me around, that means that I'm doing what I need to do. That they trust to go out there and make this offense better...I came here not being able to do what I wanted to do in the offense when I first got here, to be put in the right place to make plays. Slowly being able to contribute and do what I do best and getting the opportunity last year to be me.

"Let me be Mike Williams and go out there and play loose and play free and everybody could see what I was capable of."

Williams was recently ranked among the top-25 receivers in the NFL for 2022 by Pro Football Focus.

Eisen asked Williams what was in the water around Clemson to produce the number of top receivers in the league.

"They bring in the right guys for the system and bring in a lot of guys who can dominate on outside," said Williams. "We all kind of learn from each other. Some of had been there together so we pick up stuff from each other game. And got better like that. They do a good job of recruiting and developing guys over there."

Watch more from the interview this week below: