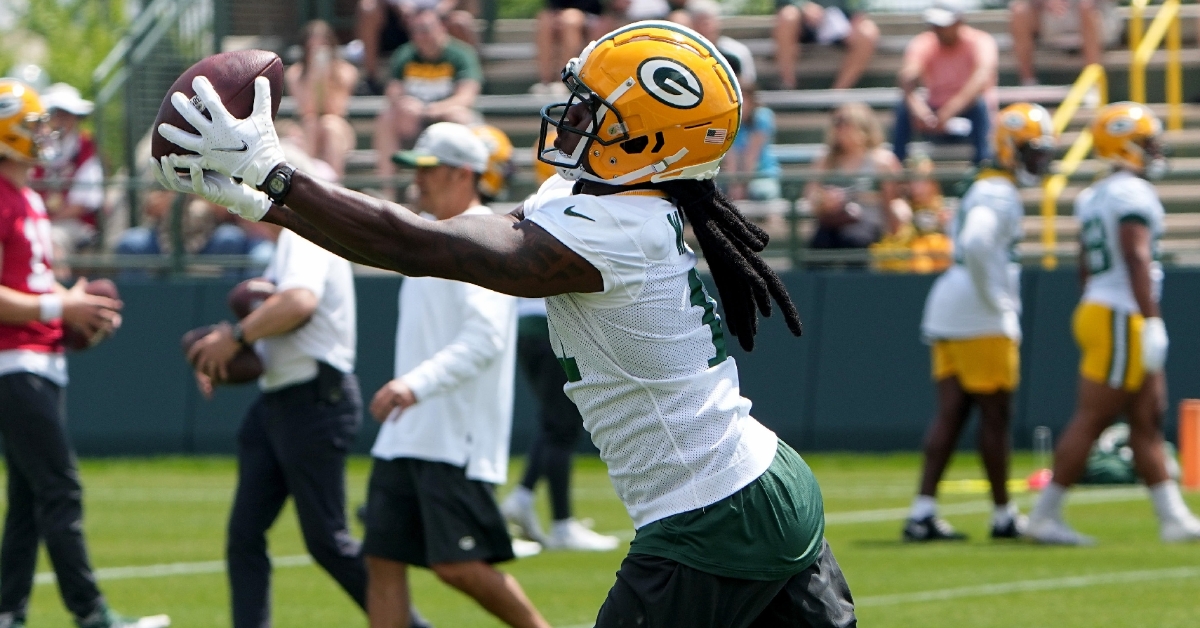 Sammy Watkins is inching toward a return to the field. (Photo: Mark Hoffman / USATODAY)

The Green Bay Packers' training camp got underway this week, but one of their latest offensive signings is having to bide his time to getting on the field full-go.

Former Clemson star Sammy Watkins is on an injured list for a hamstring issue currently.

"Sammy is a very short-term thing. I think you'll see him out there very soon," he told reporters.

Watkins was shown in camp on Thursday doing some drills on his own.

Watkins is looking to help fill the void left by Davante Adams being traded in the offseason by Green Bay, with the south Florida native coming off of a season of career-lows in Baltimore with catches (27), yards (394) and TDs (1).

Watkins tied a Clemson-best at the time in 2014 as the No. 4 overall NFL draft selection by the Buffalo Bills. He went on to also play in Los Angeles (Rams) and Kansas City, where he won a Super Bowl ring.

Packers injuries for those not practicing: