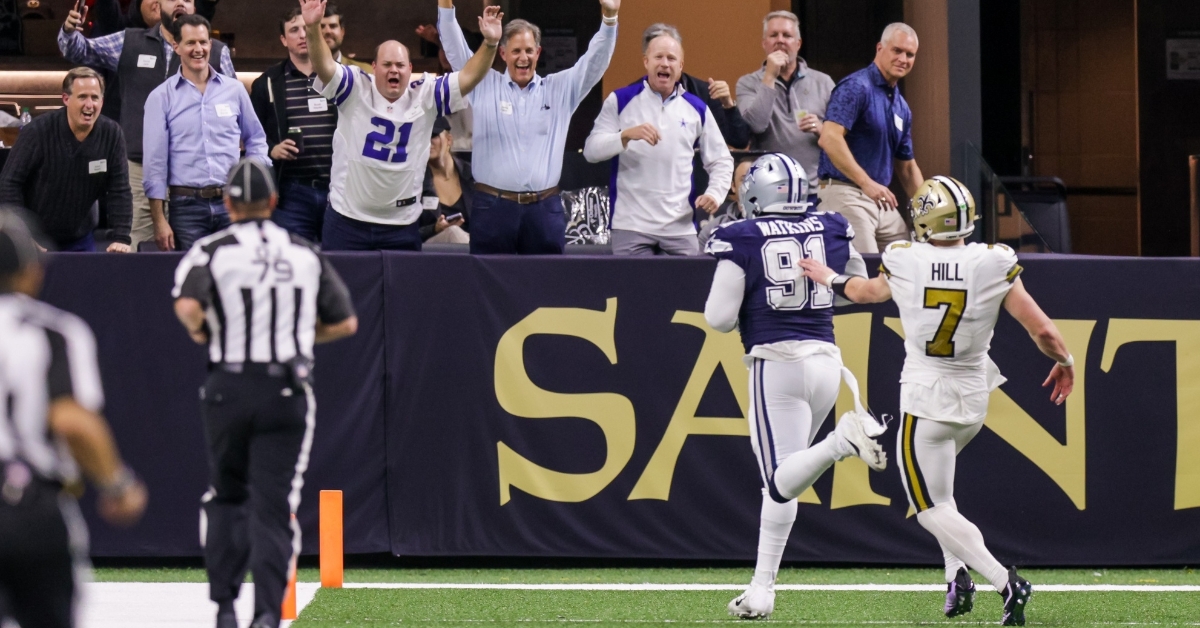 According to Next Gen Stats, Watkins reached a top speed of 17.26 MPH on his first interception return for a touchdown of his NFL career.

It was one of four interceptions on the night for the Cowboys.

"It's definitely an early Christmas present," Watkins told the media following the game. "It's every fat guy's dream to get a pick and make it to the end zone."

Taysom Hill tried to catch the Cowboys defense off guard by snapping the ball just 0.5 seconds after the line was set (an offensive penalty). No matter, Watkins picks off a pass that was in the air for just 0.5 seconds.#DALvsNO | #DallasCowboys pic.twitter.com/SIZxW4GiGR