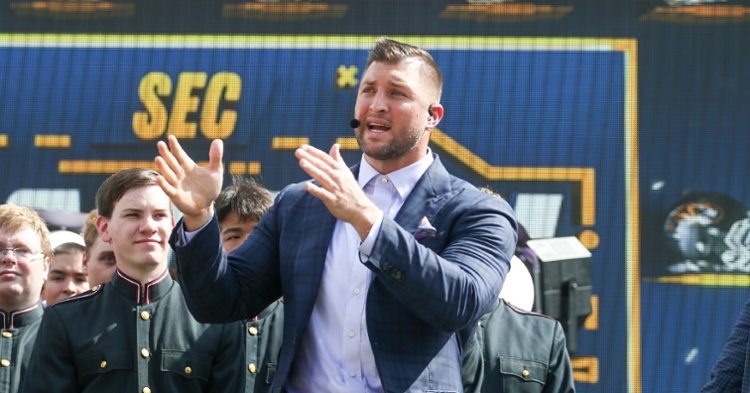 Venables and Tebow matched-up in the 2008 National Championship game and Venables' Sooners defense held a potent Florida attack to seven first-half points, before the Gators eventually came out on top 24-14.

Tebow's respect for Venables guides his prediction for Saturday's Fiesta Bowl between No. 2 Ohio State and No. 3 Clemson (8 ET/ESPN).

"Clemson in a close one," Tebow said. "People don't realize how good Brent Venables is as a defensive coordinator. I think he's one of the best in the country. When he was the defensive coordinator at Oklahoma and we faced them in a national championship game, he had an amazing gameplan. Kinda threw us off and me off until the second half. Last year in the national championship he totally threw (Alabama QB) Tua (Tagovailoa) for a loop ... They're going to do a lot of unique things against Justin Fields and they're going to get a very, very close win over a very good Ohio State team."

He also ranked Trevor Lawrence as his second-best QB of the Playoff Four, behind LSU's Joe Burrow and ahead of Oklahoma's Jalen Hurts and Ohio State's Fields. Watch more analysis below: