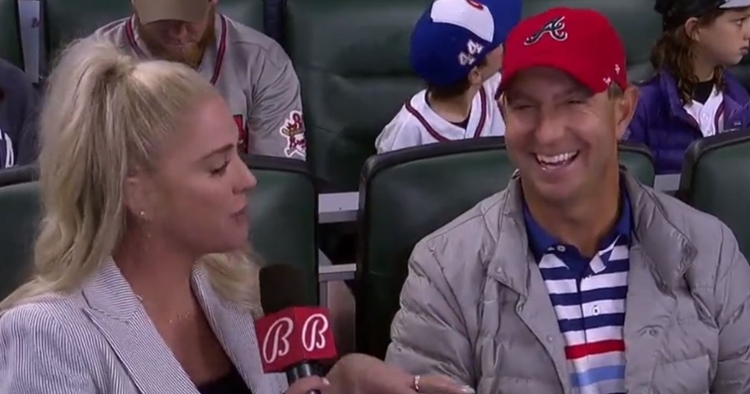 Braves reporter Kelly Crull was able to talk to Swinney about attending his first ballgame at Truist Park.

"This is amazing," Swinney said about the Braves ballpark. "This is my first time. My boys have been here, but I've never been to this park."

There were some boos when Swinney was shown on the video board during the contest from a likely large contingent of Georgia Bulldog fans.

However, the veteran coach took it all in stride and was seen having a great time on the last leg of his 'Boy's trip.'

Check out the short video below:

Look who made it out to catch some @Braves baseball.@Kelly_Crull found @ClemsonFB head coach Dabo Swinney in the crowd. pic.twitter.com/X0KD4HSFId

Truly an honor today getting to meet and speak with Dabo Swinney. Obviously an amazing coach and leader of @ClemsonFB, but he’s an even better person and someone I have tried to model my coaching style after. He puts passion into everything he does and always puts the kids first! pic.twitter.com/Au3rnxtlnz