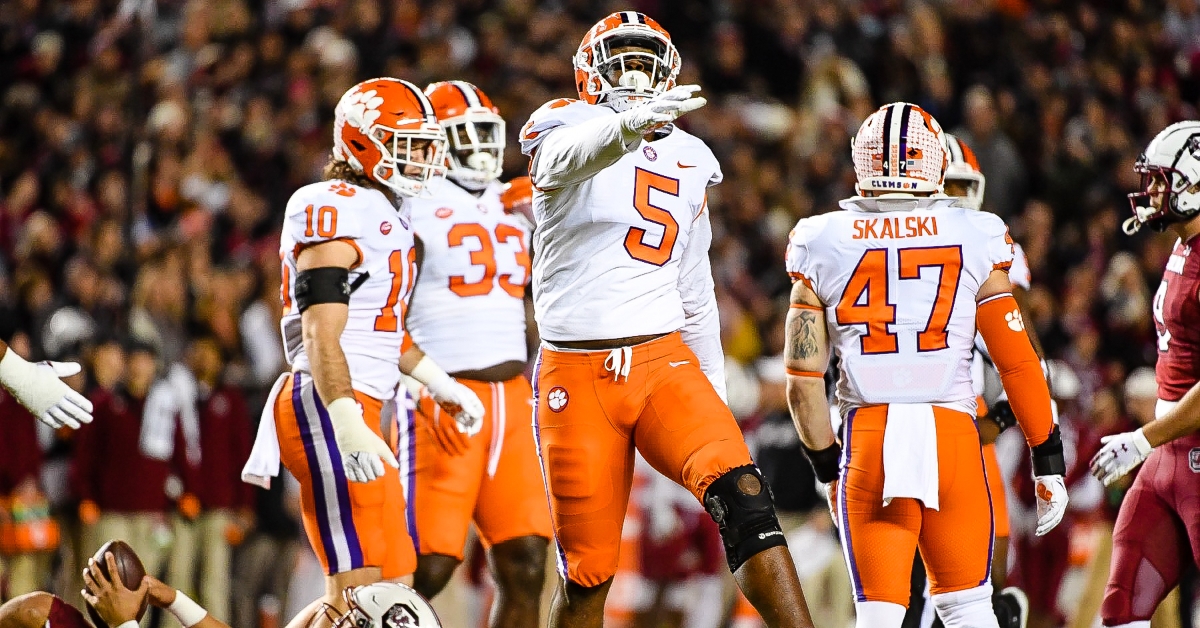 The Clemson defense dominated the Gamecocks

It was the 22nd shutout of South Carolina by Clemson in the series and the first time since the Tigers beat the Gamecocks 45-0 in 1989.

Clemson has won seven straight against South Carolina for the first time since 1934-1940.

The Tigers had their way on both sides of the ball as they controlled the game with an impressive rushing attack that gained 265 yards featuring Will Shipley, Kobe Pace, and Phil Mafah.

Check out some of the reactions and comments on Twitter of Clemson's shutout win over South Carolina:

Already know that killed me not being able to play tonight. Made my heart full watching my brothers EMPTY out Willy B. 7 BABY!!!! SHUTOUT

That crowd went from SOLD OUT to Socially Distant real quick ????

So Clemson's "down year" is likely to end in another 10-win season. CFP has warped expectations in such a ridiculous way

You love to see it. pic.twitter.com/EbvUJGhPjG

UofSC fans SWORE this was their year. Meanwhile South Carolina gets shut out for the first time since 1989 lmaooo

The Aluminum Bowl.
A Bi-annual tradition unlike any other. #ReinSupremeAlway pic.twitter.com/akUpqlS8P0

Great win for @ClemsonFB! I’m proud of the heart and determination they have shown this season. Go Tigers! #ALLIN #PalmettoBowl

The SEC scores a grand total of 3 points against the #clemson defense this year.

Too bad we couldn’t have had just a serviceable offense. We would have given the playoff hell.

We will forever run that state! Goose egg! Go tigers ??

The Tigers defeat the Gamecocks for a 7th consecutive year, and shut them out for the 21st time in series history.#CLEMvsSC pic.twitter.com/Plo8DTrLe0

Clemson blanked South Carolina 30-0 and here’s the depth chart from the season opener with players not available tonight removed pic.twitter.com/19ICV100Ra

Clemson shut out South Carolina for the 22nd time in series history. That means that South Carolina has 42 overall wins, and Clemson has 22 SHUTOUTS. An interesting side note....all 22 of those shutouts have occurred in Columbia.