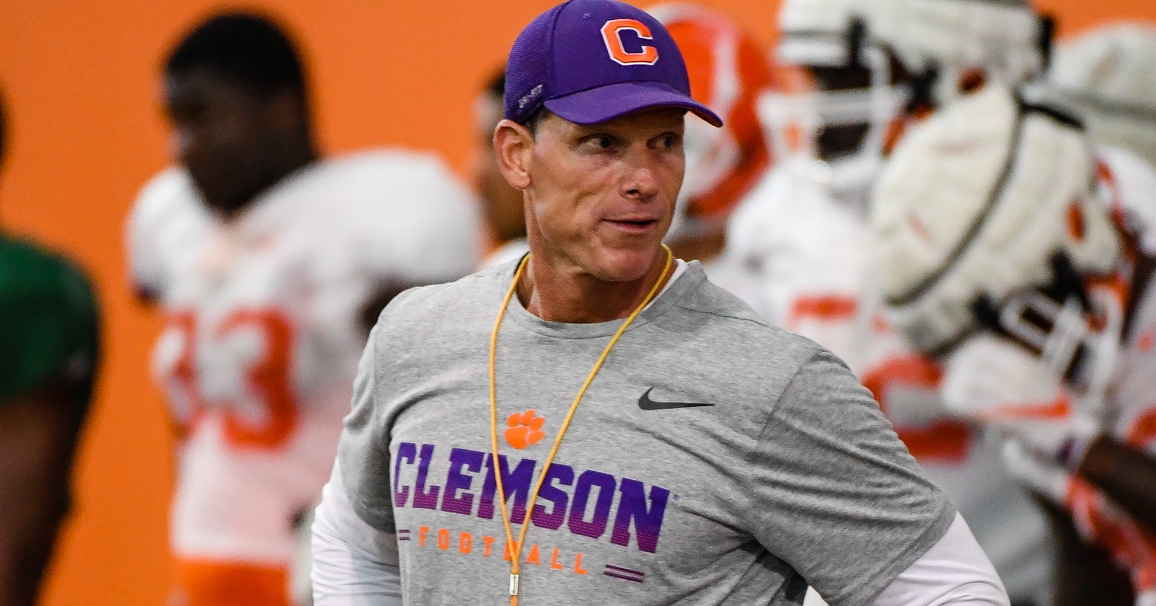 Times are a-changin' possibly for the Clemson football program.

Defensive coordinator Brent Venables is being targeted as Oklahoma's top target for their vacant coaching position according to multiple reports on Sunday.

Obviously, this is not ideal news for Clemson fans as they might be losing their elite defensive coach.

This is a big story in the college sports world so check out the latest reaction from media, fans, etc on the possible Venables to Sooner news:

Guess we need to start for preparing for a #Clemson world without Brent Venables in it. ??

With AD Dan Radakovich in talks at Miami and OC Tony Elliott as a candidate at both Duke and Virginia, Clemson *could* have its biggest shakeup in over a decade. https://t.co/Pzr0oNhSH5

I think Clemson fans know how lucky they were that Venables stuck around as long as he did but if they lose their AD and DC in a weekend people are not going to be happy. https://t.co/JgvyijPXdH

Deal expected to be finalized soon.

It will be different without Brent Venables, but Clemson isn't going to collapse. Dabo Swinney will get that thing back to a championship level in no time.

also while I said the "demise of the Clemson dynasty" talk was a bit premature, this certainly changes the conversation a bit...

.@TheAthletic can confirm other reports that Oklahoma is zeroing in on Clemson DC Brent Venables as head coach, with Ole Miss Jeff Lebby potentially coming with him.

This started to really get legs last night.

Brent Venables has been Clemson's full-time DC for 9 seasons (1st year he was co-DC).

During that same time, Oklahoma has allowed 5+ yards per play in 8 of 9 seasons.

Oklahoma has targeted Clemson DC Brent Venables as the Sooners' next head football coach, and the two sides hope to have a deal finalized as early as Sunday, sources told @ClowESPN. https://t.co/vp0DK5Q5Fn

Clemson will be the most intriguing team in the country next season.

#Clemson's stability in past decade has been remarkable and helped fuel its dynasty in football. Could be ending soon with DC Brent Venables (Oklahoma), AD Dan Radakovich (Miami) and OC Tony Elliott (Duke/UVA but likely Duke) all in play for other jobs. What a run it has been.

BREAKING: Clemson defensive coordinator Brent Venables has emerged as the top target to be Oklahoma’s next Head Coach, per @ClowESPN pic.twitter.com/DW84dHb7lx

If Brent Venables brought with him Jeff Lebby to OU, that'd be a coaching tandem to get excited about for sure.

Brent Venables will be the 2nd oldest head coach at Oklahoma at the time of his hiring. He turns 51 on December 18th. Trails only Howard Schnellenberger was 60.

What kind of hire is Brent Venables? pic.twitter.com/gCZCB1y7IL

Brent Venables is the frontrunner at Oklahoma. May have competition for Jeff Lebby at OC. TBD.

A collection of images of Brent Venables being pulled off the field by assistant strength coach/wrangler Adam Smotherman pic.twitter.com/LrZ4HiTTEF

Brent Venables is an excellent football coach. Flat out excellent.

However, if Oklahoma indeed hires him to replace Lincoln Riley, that's about as big of a win as Texas could hope for out of all of this.

Daniel Tosh will play a great Brent Venables in the heartwarming film about winning 15 straight National Championships at OU. pic.twitter.com/xp5GDBTOle

Just about time to be all smiles in Norman. It's Brent Venables season. pic.twitter.com/ZBkEWN92iD

Lincoln Riley had no killer instinct. The man was too passive to get over the hump. Brent Venables is legitimately terrifying. I mean seriously, the man needs a get-back coach just so he doesn't run onto the field and crack someone's skull. The BOOM is back at Oklahoma. #Sooners

BV turned the damn Clemson tigers into a defensive Power. His resume is impeccable. Elite level recruiting and Elite Defenses on the field. Not to mention the number of #NFL players that call him coach. There’s a bunch of people with this garbage take. Try again fools. #Sooners https://t.co/N4XGH1cPxK

Staff continuity has been Clemson's primary strength for a long time under Dabo Swinney. That appears to be coming to a close.

SOURCE: OU brass is en route to Clemson and working to finalize a deal to make Tigers DC Brent Venables the next head coach at Oklahoma.