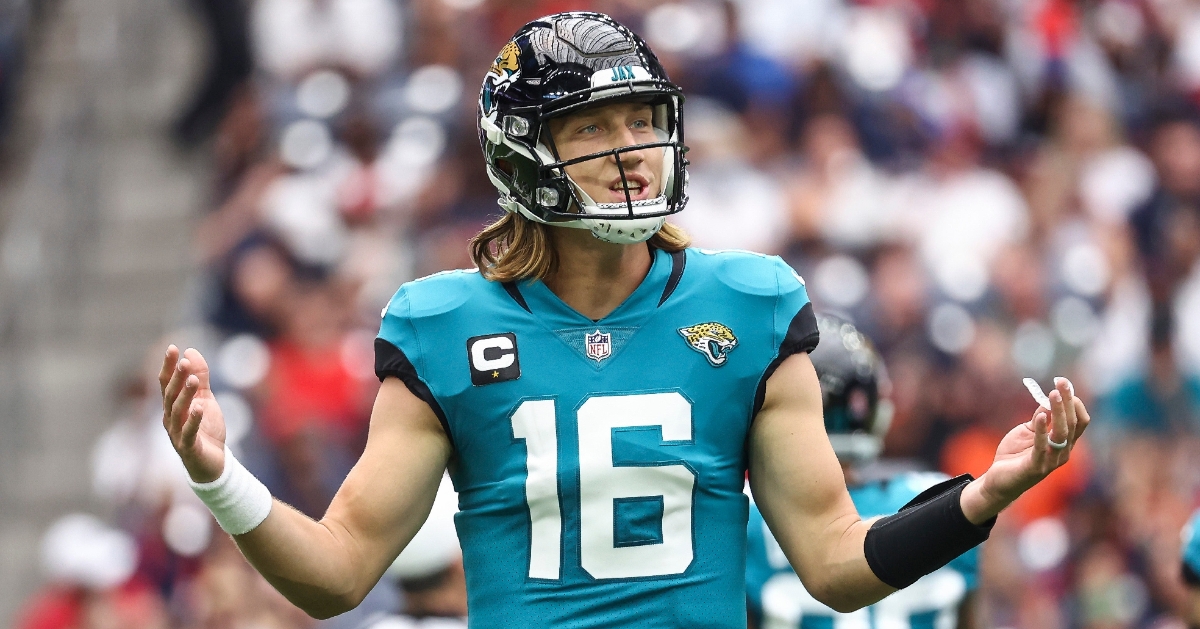 The Jags relied heavily on Lawrence in the opener. (Photo: Troy Taormina / USATODAY)

Trevor Lawrence isn't used to losing, but being the face now of a franchise that was the NFL's worst last year, the No. 1 overall draft pick out of Clemson will likely encounter some defeat in his rookie season.

With his new team favored on the road, the Jaguars were blitzed out of the gates in a 37-21 loss at Houston, which served as Lawrence's first regular-season loss from high school-on.

Lawrence also attempted his most passes in a game from high school-on (51), connecting on 28 of them with his touchdowns (3) equaling his interceptions (3). Lawrence said postgame that it was the first three-interception game of his career.

His 332 passing yards were the fourth-most for a debut in NFL history, per ESPN stats and information.

"It obviously sucks. Losing is always hard," Lawrence told reporters postgame. "Especially when you feel like you're prepared and had a great week. Really think we were ready and obviously we didn't play well. It starts with me. I played really bad tonight.

"Disappointing for sure. I still believe in this team and know what we're capable of...We got to learn from the bad and watch it and learn from it for sure and then we've got to flip the page. It's a long season and we can't let this snowball."

Lawrence and the Jaguars return to action at home next Sunday versus the Denver Broncos (1 p.m./CBS stations).

Welcome to the NFL! pic.twitter.com/FrWUfRfCYx

Trevor Lawrence explained what he did wrong on all 3 intercepts with great detail. He told me on two he knew it was a pick as it left his hand. There was no looking at the pictures on the sideline and finding out what happened. He knew before he left the field.

Urban Meyer said Trevor Lawrence is an accurate passer. Today he wasn’t and they’re going to find out why.

Today marks the first ever regular season loss for Trevor Lawrence in his life.

Trevor Lawrence threw 3 interceptions today in the Jaguars 37-21 opening season loss, something he never did in a game in college.

BUT...he finished with 332 passing yards, the 4th-most in a debut in NFL history. pic.twitter.com/rI6NJtJJYk