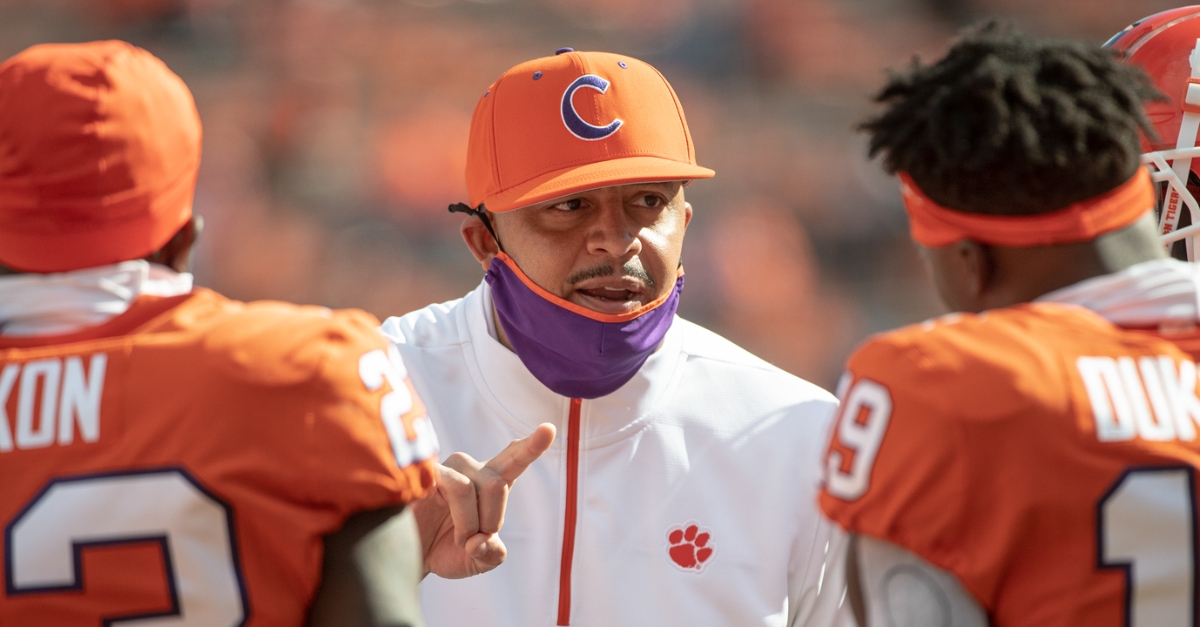 Clemson offensive coordinator Tony Elliott is out for the Sugar Bowl Playoff semifinal matchup with No. 3 Ohio State on Friday due to COVID-19 protocol, TigerNet has confirmed.

Elliott will not travel with the team to New Orleans Wednesday, the school announced. Sources close to Elliott says he is feeling fine after the positive test.

Elliott is a Broyles Award winner and is in his first season as sole offensive coordinator for the Tigers, engineering the No. 3 scoring and No. 10 total offense in the nation.

Elliott has been on Dabo Swinney's staff since 2011 as a running backs coach and was elevated into a co-coordinator role before the 2014 Champs Sports Bowl versus Oklahoma.

He won the Broyles Award for the nation's top assistant in 2017.

With Jeff Scott moving on to South Florida, quarterback coach Brandon Streeter added the "passing game coordinator" tag to his role this season. He served as an offensive coordinator in stops at Richmond and Liberty before joining Clemson's staff full-time in the 2015 season.

The good news for Clemson is that Elliott is expected to be available for the College Football Playoff title game on Jan. 11, a source said. He's only expected to miss Friday's game. https://t.co/pOp8qA0Bj3