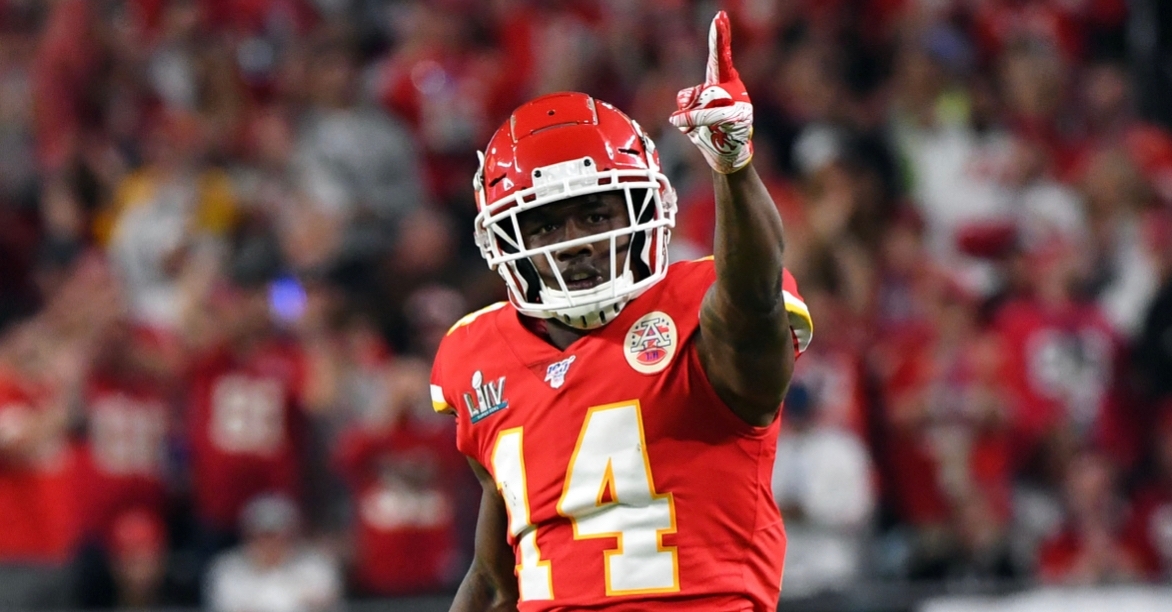 For a second-straight year, Clemson has a Super Bowl champion. Three to be exact, this season.

The Kansas City Chiefs trio of wide receiver Sammy Watkins, linebacker Dorian O’Daniel and cornerback Bashaud Breeland earned their rings with a 31-20 win over the San Francisco 49ers Sunday. It was a first Super Bowl championship for all three.

For O’Daniel, he’s been on a team that finished No. 1 in his league now with Good Counsel in Maryland (2009-12), Clemson (2016) and Kansas City (2019 season). He is the first Tiger to win national championships at the college and pro levels since Dan Benish accomplished that with the Tigers (1981) and the Washington Redskins (1987). O’Daniel recorded a tackle in the game.

Breeland became the first Clemson player to record an interception in the Super Bowl. He also had two tackles for loss.

Watkins tallied five catches in six targets for 98 yards, which was another Super Bowl record for a Clemson player.

Last year, former Clemson tight end Dwayne Allen’s second shot at a Super Bowl was the charm with a 13-3 win over the Los Angeles Rams.

Watkins is an unrestricted free agent after six seasons in the league, starting with a first-round selection by the Buffalo Bills in 2014. Breeland has the same number of seasons under his belt and the same contract situation.

O’Daniel has one season left on his rookie contract after a third-round selection in 2018.

Sammy Watkins has 98 receiving yards, most by a former Clemson player in Super Bowl. Previous best was 77 by Dwight Clark for 49ers in Super Bowl end of 1984 season. Watkins last game for Clemson had Tiger record 227 receiving yds vs. Ohio State in same stadium.

Wow man I am a champion still living a dream I’m so thankful for my wife my kids my family every coach that ever coached me every teammate this is a dream that came true couldn’t be any better..! #LIMITLESS14 #WIZARD14