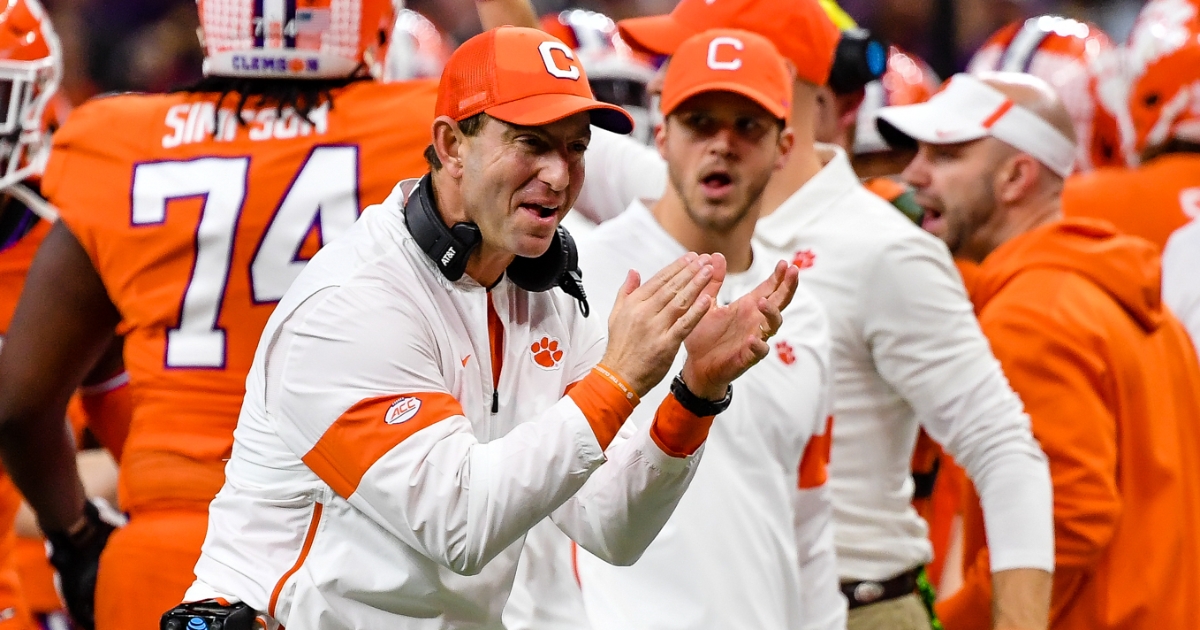 No decision has been made on the spring game

How does that affect the football program, which has had nine spring practices and is scheduled to play the annual Orange and White Game on April 4? Swinney met with the media Thursday and told them what he knew and he said a decision will be made on the rest of spring practice at a later date.

“We will talk about it. The good `news for us is we've already had nine spring practices and an extended scrimmage yesterday so we've gotten a lot of work done,” Swinney said. “If we don't have another practice I feel good about what we've been able to get done. We will respond and get a plan together based on the direction from our leadership and we will go from there. The biggest thing is making sure that everybody is safe and there are no issues and we can do the e-learning and we can finish the semester. That is just where we are right now, and I am thankful we have spring break coming up and we don't have to process anything as far as next steps.”

Nothing is known on the spring game as a result.

“I am sure I will have a conversation later on today with (Athletic Director) Dan (Radakovich) and we will go from there. That won't be my decision,” Swinney said. “There are committees and groups that make those decisions and we will roll with it.”