"Jay Jay is officially back with us, yesterday actually," Swinney said. "He has been reinstated back on the team. He wasn't ready to practice today with the scrimmage going on, but my hope is he will be ready to go on Monday. We got a little blood pressure thing. His blood pressure was a little high today when we tested it. I don't think he has been taking his medication quite right. So hopefully we will get that leveled off and get him back out here on Monday and try to get him reengaged and back going. He is very appreciative. I like how he has responded. He is very appreciative to have an opportunity. I think he is going to take full advantage of it. We are really glad to have Jay Jay back with us."

"He is going to get thrown in there," Swinney said. "I hope he has been running. We will find out quick. He will definitely get a lot of reps early."

"He has done everything that has been asked of him. Again, we are moving forward. Hopefully it is a situation that you learn from, grow from and get better. Again, hopefully he has more of an appreciation of the opportunity and privilege that he has, not to just play football, but be a student here at Clemson University."

Clemson tight end Jay Jay McCullough was suspended by the team prior to the game against No. 22 Georgia Tech in 2014 for a violation of unspecified team rules.

For his career, he has 11 receptions for 113 yards and a touchdown and also has six rushes for 43 yards. 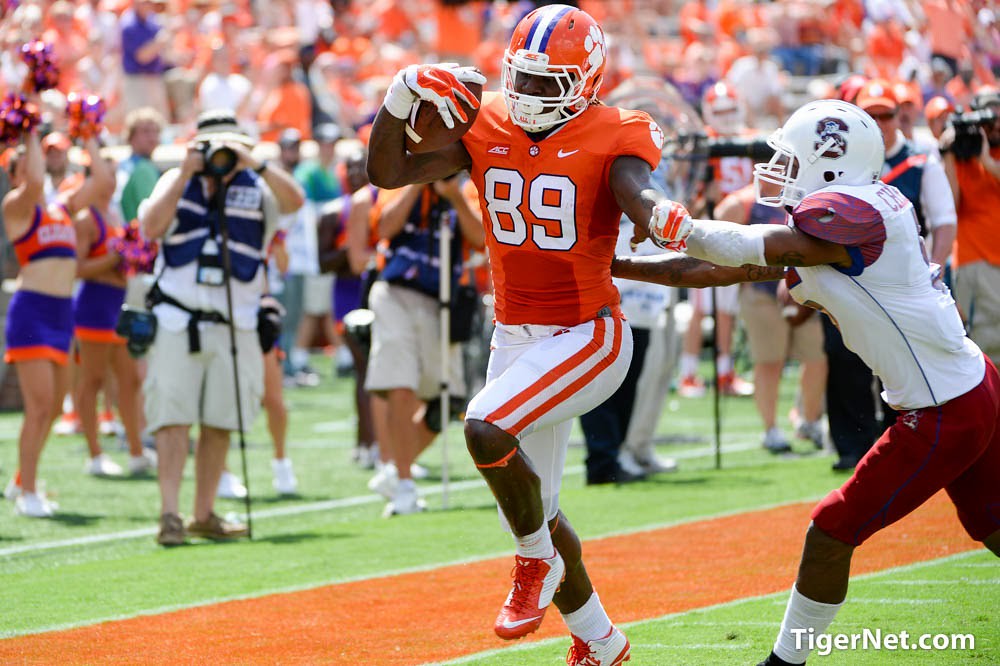