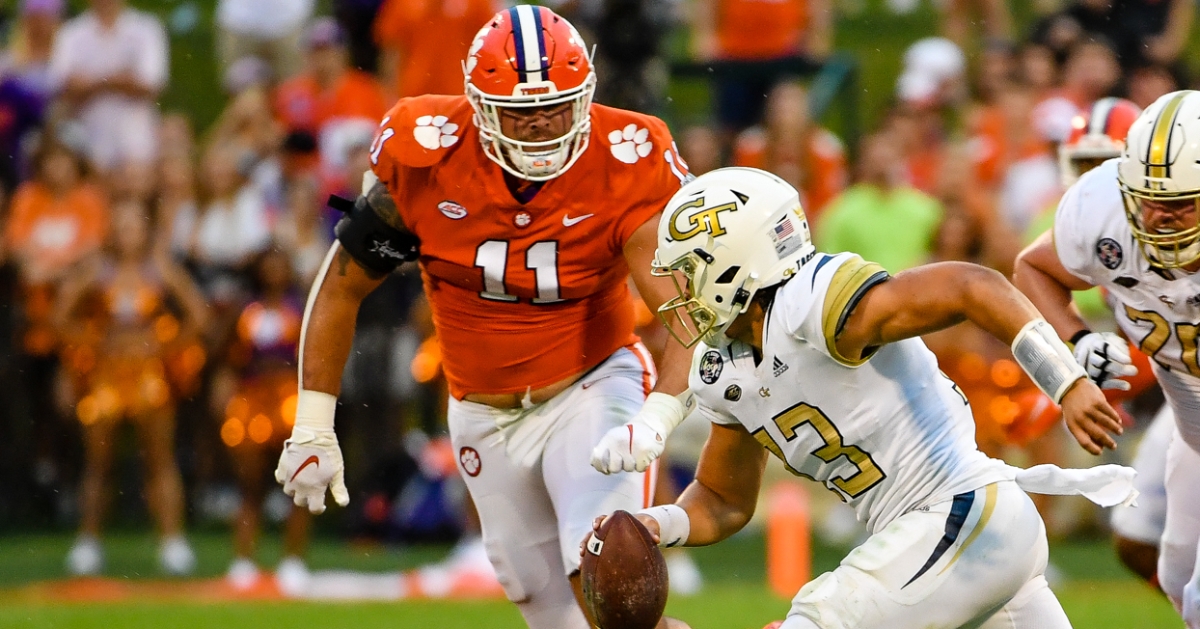 Bresee has started 14 games through a season-plus of action.

Clemson’s defense was dealt a major blow on Sunday as Tigers head coach Dabo Swinney announced that first-team All-ACC defensive tackle Bryan Bresee is out for the season after suffering a major knee injury.

Swinney added that they will do surgery on his shoulder as well to "clean up" that area that was injured earlier this season.

"He's great. I think Bryan has got great perspective," Swinney said of Bresee taking the news Sunday. "His sister has been battling cancer for a while now and I think that's given him a great perspective on his situation...He has plenty of time to get well. Post-spring when we really start our offseason stuff and our summer planning, he'll be full go and ready to get back at it. It's unfortunate but injuries happen in the game. It will just be a part of his journey and just appreciate him and his effort.

"What an unbelievable player he is. Just an incredible leader. Don't have any doubt when we get him back out there and see him again that he'll be better than ever."

Bresee was named a freshman All-American and ACC Defensive Rookie of the Year last season with 33 tackles (6.5 for loss) with four sacks, two pass breakups, a forced fumble and a safety in 12 games (10 starts).

The Maryland native tallied seven tackles, with one for loss, in the opener against Georgia, shared team defensive player of the game honors against Georgia Tech (two TFLs, 1.5 sacks, interception) and posted two tackles in two-plus quarters at NC State.

His starting defensive tackle partner Tyler Davis tore a bicep muscle in the win over Georgia Tech, which has Davis sidelined for around two months, according to Swinney.