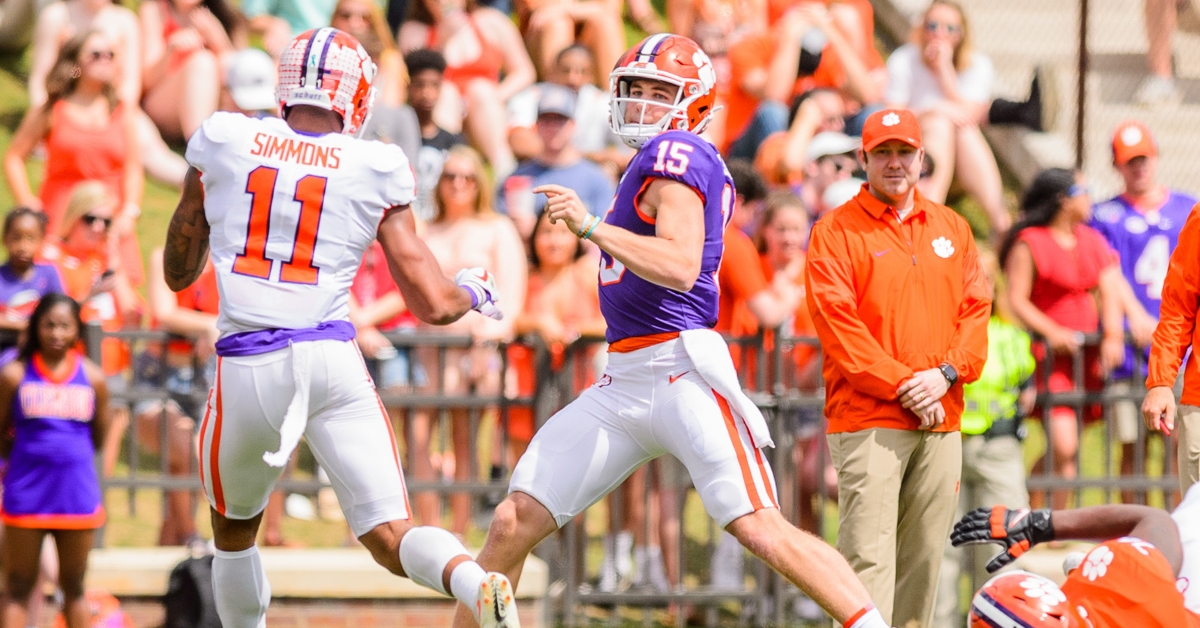 Johnson came to Clemson as a 5-star QB with a No. 1 rating at the position.

Johnson was voted a team captain at Northwestern last season and started the opener, but he ended up playing in just three games with 424 passing yards and four touchdowns to four interceptions.

He played in eight games previously over the 2019 and 2020 seasons with the Wildcats with a 46.3 completion rate, 432 passing yards and one passing TD to four interceptions.

Johnson committed to Clemson as a No. 1-rated QB in the nation and a 5-star prospect.

He transferred out not long after Trevor Lawrence arrived on campus in 2018. The Indiana native played in seven games as a freshman at Clemson with 234 passing yards, two touchdowns and one interception.